In addition to the monthly list, I will add “What’s On?!” a link to most active initiative and hubs across the Middle East such as ArtintheCity, AlSerkal Avenue, Ashkal Alwan and more! The list keeps updating throughout the month, so keep passing by to stay in touch with the latest! To check ongoing exhibitions from October, click here.

Godot to Come Yesterday in Jeddah

According to Alfraji, the show will draw from the aesthetic and conceptual framework of his earlier practice: “These works go along in the same stream as my earlier work. They treat the issue of our existence through themes, concepts and ideas related to its daily experiences and situations, which we encounter as individuals or groups/ societies. This takes the form of a constant questioning of life and purpose in most of my works.”

Alfraji’s exhibition brings together seven Lambda prints from his Waiting for Godot series and two videos, The House that my Father Built (Once Upon a Time), 2010 and Got to Come Yesterday, 2013. Inspired by Samuel Beckett’s existentialist play Waiting for Godot, Alfraji explores the idea of futile waiting that is, according to the artist, incredibly relevant to all our lives. The recurring faceless shadowy figure with hands in pockets appear bruised and vulnerable in this series. Black as a color is powerful element in creating this impression. Questioning the problem of existence through this figure, Alfraji describes this figure or in other words Godot as one of his masters: “He is the impossible. He is an existentialist symbol that you wait for, but who never comes.”

What: Kreate is a movement introduced by Bayt Lothan to support, nurture and promote flourishing local creative talents and individuals. Kreate 2.0 has a collaborative twist. A number of exhibitors were paired up and given a challenge, resulting in a learning experience that allowed the exchange of ideas and the promotion of mutual respect.

Nostalgia: Souvenir Of The Mind 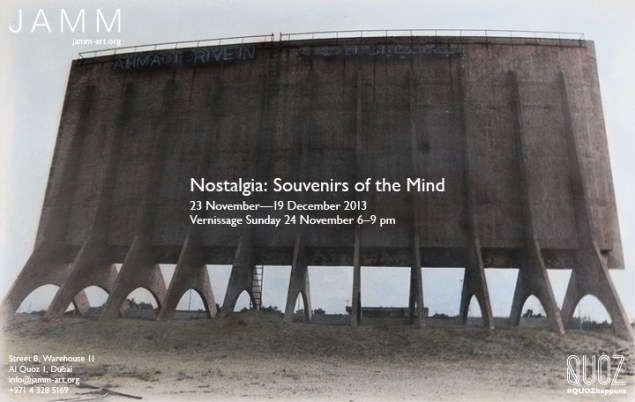 Occasion: JAMM Art in collaboration with Albareh Art Gallery proudly presents Nostalgia: Souvenirs of the Mind, a group exhibition bringing together a number of cutting-edge artists from the Arab world, exploring the architecture of memory sites throughout the region and proposing a temporal break from the intoxicating business of sheer living, gazing into a past that sometimes appears as frozen and sometimes as imagined.

Mohammed Al-Kouh’s photographic project Tomorrow’s Past is an attempt to map out architectural landmarks erected during Kuwait’s Golden Era, as the country first embraced the paradoxes of modernity, in hand with independence, economic development and the need to create expanded living spaces that provide the public domain with the assurance of durability.

The works of Camille Zakharia, Stories from the Alley, sited in the island of Muharraq in Bahrain, complement Al-Kouh’s practice, capturing the all too present traditional architecture of Bahrain and presenting it as a captivating archaeological document, fraught with traces of codes already forgotten, but yet inscribed in the living walls of consciousness, often forgotten under the debris of unconsciousness yet altogether present.

Mohammed Al-Mahdi and Annie Kurkdjian explore nostalgia from a different perspective, less architectural and more personal. Al-Mahdi’s paintings, in the signature style of the Bahraini painter, are an unprotected journey between often fading and hostile memories. Kurkdjian, on the other hand, is depicting the emotional and physical transformations of the body under circumstances of conflict and violence, reflecting on her own experiences during the decades-long Lebanese Civil War. 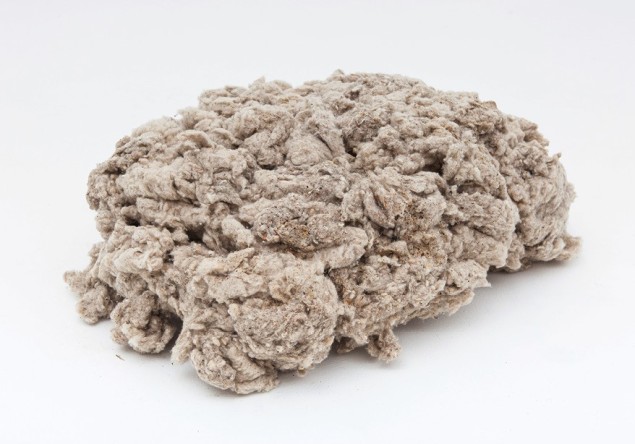 Occasion: Approaching Entropy invites viewers into an aspect of Sharif’s process, the leap from the beginning to the end state of an object or semi-system. Entropy holds order and disorder in tension with one another and acts as a measure of the latter and an indicator of the former. A system of random aleatory elements will reach an unsteady balance in much the same way that Sharif’s piles of matter begin to take form as art objects. This exhibition knits together the economies of labor embedded in Sharif’s materials, and reveals systems that are set up to fail, yet sustain a potential for completion and a capacity to perpetuate indefinitely.

Approaching Entropy considers how two seemingly opposed trajectories, objects and semi-systems, can exist within a single philosophical approach to art. While objects are constructed via impulse, improvisation and widely available materials, semi-systems are governed by numerical equations that are open to chance and error and whose outcomes are not predetermined.

Hassan Sharif (b. 1951, United Arab Emirates) came of age during a formative period in the history of the United Arab Emirates. As he matured as an artist in the 1980s and 1990s he developed an oeuvre that moved beyond the limits of discipline or singular approach, encompassing performances, experiments, objects and semi-systems. Since the late 1970s, he has maintained a practice as a cultural producer and facilitator, moving between roles as artist, educator, critic, and mentor to contemporary artists in the United Arab Emirates. 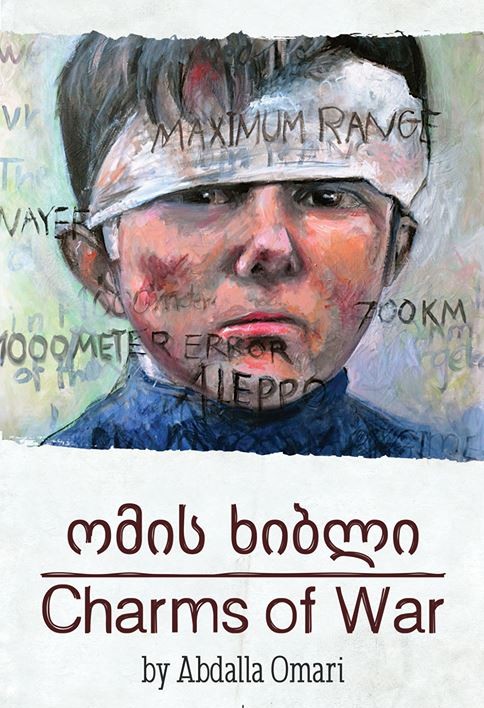 Occasion: The National Parliamentary Library of Georgia would like to invite you to “Charms of War” a mixed media installation project by Syrian artist & filmmaker Abdalla Omari.

In times of conflicts, children are far too often left in the dark, out of the focus of the media and the world’s attention. Their voices are not loud enough to be heard, not familiar enough to be understood
Children want to play their own joyful games, they have no interest in the boring adult ones, called “wars”. 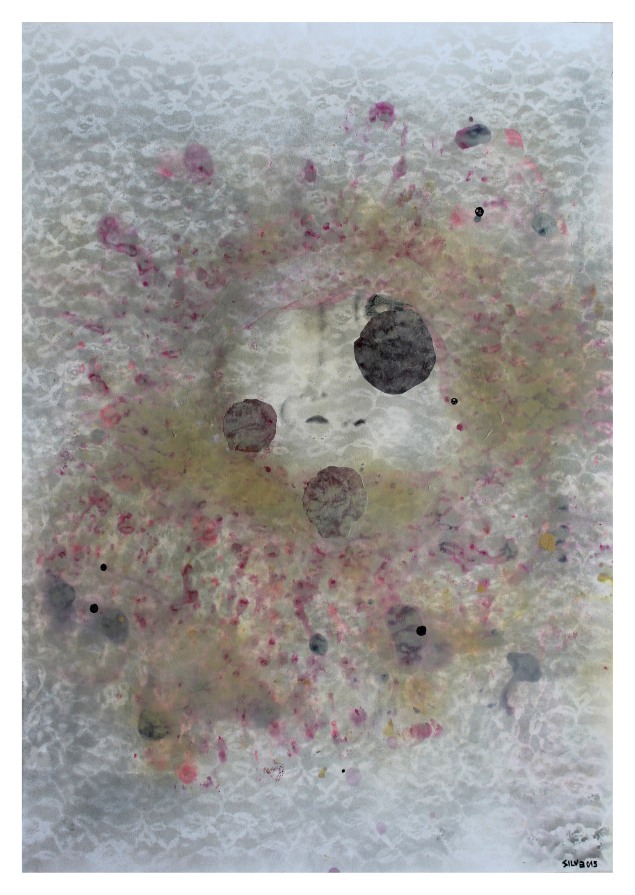 Occasion: Galeria Gabinete presents “Reveal” a solo exhibition by Syrian artist Rania Moudaress. Born in Damascus in 1981, Rania Moudaress graduated from the Ecole Supérieure des Arts et Mode in Paris and Paris American Academy of Fashion and Art and the Higher Institute of Drama and Music in Damascus. Apart from being a visual artist, Moudaress is also a graphic designer and fashion. Participated in various group exhibitions and presented in a solo exhibition at the atelier Fateh Moudaress. Her artwork explores the connection between femininity and nature, the gap between dreams and reality. Her works are characterized by lines delicately constructed and the use of natural elements mixed with human faces or other body elements.

Duration: From November 9 to December 6 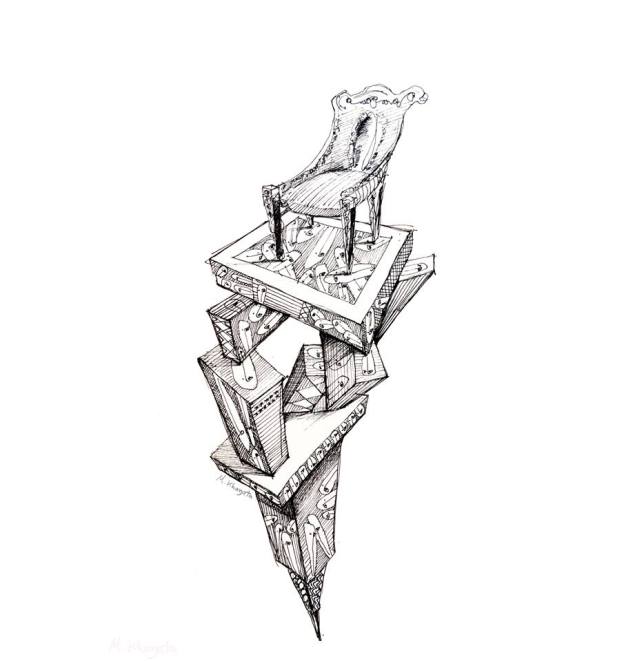 Occasion: “Bits And Pieces” is an exhibition by Syrian artist Mohamad Khayata and the Lebanese designer Ghina Sibaii. Starting from Khayata’s  memories of his mother making a patchwork “ Madeh “ out of pieces of different fabrics and transforming it from an act of labor to an act of art  was the starting point  of the union of these two artists. ‘Bits and pieces ‘is what life is. It is our individuality gathered as quilt work.

Khayata portrays in a visual language symbols of what went on in Syria, combining stories and memories like a patchwork stitched and tied to a canvas. From the portrait of a man wrapped in a patched quilt made of memories to another one disappearing into a patched quilt holding a suitcase in preparation to leave behind his  world, to having a drink to what was once a country and a home.His art exceeded the limit of a canvas and surpass it to human figures, a map to the so-called “Arab World”, to a chair , all shaped from broken pieces of glass representing stories of nostalgia,fear,war and the manipulation of power.

The artists started from a captured moment, sketched it and finally gave birth to an entity painted on a canvas full of personal memories, feelings and passions to make visual the unspoken words.

Occasion: Sabrina Amrani Gallery attends for the very first time to the prestigious italian art fair Artissima, in the section New Entries, presenting text based art from south asian artists along with video and photography by Arab Mediterranean artists. From the minimal graphite on paper works by Ayesha Jatoi (Pakistan) to the high end special effects video by Larissa Sansour (Palestine), through the elegant bichromatic photographs by Nicène Kossentini (Tunisia) and the ongoing series of memorial plaques with absurd open ended statements by UBIK (India), the gallery from Madrid takes to Torino a selection of its roster of artists.

Occasion: Green Art Gallery Dubai announces “Statue of Limitation” presenting works by Nazgol Ansarinia, Holger Niehaus, Judith Sönnicken and Alessandro Balteo Yazbeck with Media Farzin. In the face of such systemic violence, this exhibition offers a statue of limitations: an anti-monument to human will, with all its limitations.

“Statute of limitations” is a legal term, describing the time frame during which affected parties can take action to seek justice after injury or damage. There is no time limit for seeking justice for large-scale international crimes — financial, technological, or cultural colonization, systemic corruption, invasions, war profiteering, war crimes, state- sponsored terrorism and assassinations, or cyber wars. Yet these are the very crimes that, despite clear evidence of their damage, remain unacknowledged, normalized by social and political systems which condone them.

Occasion: Aaran Art Gallery presents solo exhibition by Alishia  Morassaei (No.12, Tehran). Tension, heartbeat, stress, hurrying around, attempting to flee…We wish we could be smaller, to change dimension, or to turn the clock back. Later on we take a step back and review the incidentو the bitterness and stress of the day is forgotten, and we are confronted with a story that we retell in detail and with pomposity and together we laugh about it. We come to believe that we have played a real hide and seek game.

Occasion: House Project presents photography exhibition by Tara Bogart. “A Modern Hair Study” consists of portraits of young women photographed from behind. By focusing on the back, the viewer is forced to contend with all of the peripheral things that make each woman unique. In these intimate portraits I am a voyeur concentrating on a generation that is not mine. While certain ideals are often relevant to different generations, the ways in which women adorn and modify themselves often indicate the struggles of a young adult with their own ideology and individuality.
After photographing these women, I can imagine these struggles are timeless. Existing today as well as when the original Nadar portrait was taken.

“Here is the center and the circle also. I stand at an equal distance between the hard element of life and the mellow nature of a dream. Reconciling them together is my attempt on a peculiar synthesis. Call it my art. Call it whatever you will. I wanted metal to spark color and I wanted color to anoint metal with a tender frame. In this space, there is no more war nor martyrs, no cry of urgency and emergency, this is definitely not a place for heroes’ ballads or a trumpeting bravery. Love and hate revolve around each other in a tempting eternity at the brim of which there is inevitable orphan boredom. Same old, same old. Wanting to begin from where all this could end, hence the articles here have no promises but themselves. They are gladly occupying their own humble desired permanence. They are small enough to fit into the hand of a child. They are tenacious enough to hold up a big wall; welcoming you perchance into a gracious place. “

Occasion: This November, Kuwaiti artist and musician Nawaf Gheraibah presents Samsara; A night of live music under the stars, featuring a talented orchestra of musicians and vocalists.

Occasion: JAMM to hold its 4th and final auction in Kuwait of over 50 top-quality artworks by contemporary Arab, Iranian and international artists. Over 50 works in a variety of media by contemporary Arab, Iranian and international artists will be auctioned with the majority of lots estimated under $10,000, providing an opportunity for young collectors in the GCC region and beyond to start or to add to their collections of contemporary art.

The highest value lot in the sale is a bronze sculpture dated 1983 by the acclaimed Kuwaiti artist Sami Mohammad (b. 1943). Entitled The Challenge, this work is among the best examples of his works, which deals with human suffering and emancipation from social constraints.