In addition to the monthly list, I will add “What’s On?!” a link to most active initiative and hubs across the Middle East & the world such as V&A, MoMA, ArtintheCity, AlSerkal Avenue, Ashkal Alwan and more! The list keeps updating throughout the month, so keep passing by to stay in touch with the latest! To check ongoing exhibitions from January, click here.

DUCTAC: ROSENCRANTZ AND GUILDENSTERN ARE DEAD 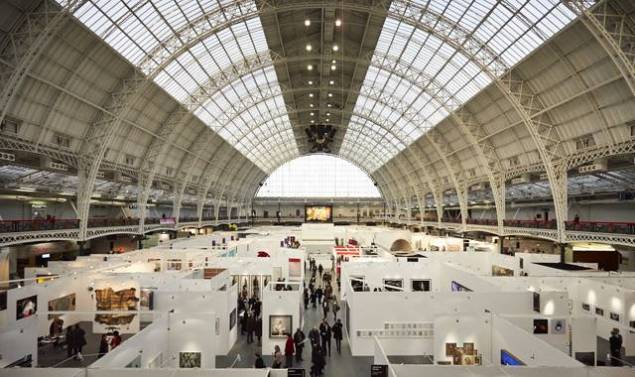 Occasion: Art14 London is the second edition of London’s global art fair sponsored by Citi Private Bank. With galleries from Lagos to Berlin, and from Beijing to Dubai, Art14 London will build on the success of the inaugural fair that welcomed 25,000 visitors, and deliver a truly international vision of contemporary and modern art.

From Here to Eternity 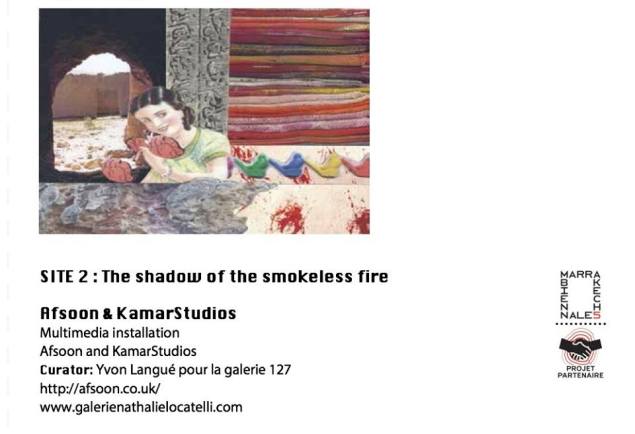 Occasion: The Marrakech Biennale 5 is a festival with the mission to build bridges between the cultures through the arts.  We inspire outstanding artists from all over the world to create work that responds to the the magical environment of Marrakech.

Founded in 2004, we are celebrating not only the arts, but also our 10th anniversary with the Biennale’s 5th edition.

The fifth edition of Marrakech Biennale asks ‚Where are we now?’ through a dialogue between four disciplines: Visual arts, Cinema and video, Literature and Performing arts. 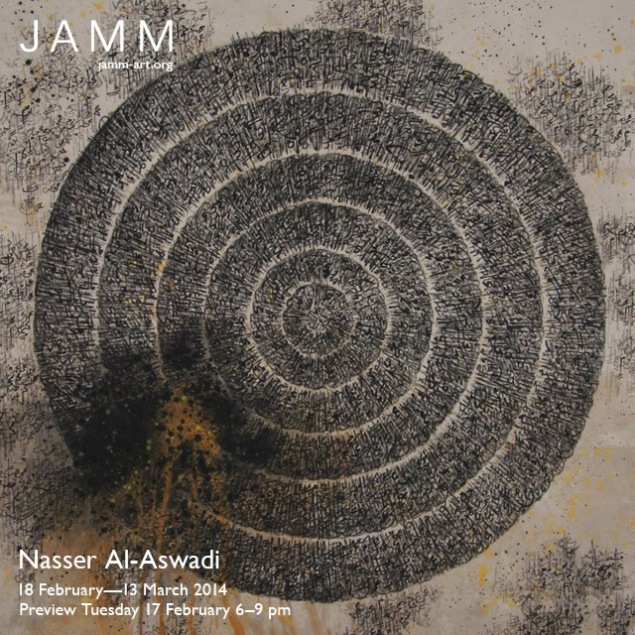 Occasion: JAMM Art Gallery is pleased to present Nasser Al-Aswadi’s first solo exhibition in the UAE. Working across calligraphy in his paintings, Al-Aswadi finds words on his canvas a way to express feelings, emotions and thoughts without being linked to the language. He deals with a combination of letters, words and shapes in a very personal way in regards to their meanings, references and religious symbols.

The blossoming patterns between these shapes have created a profound impact on the artist and have given him a chance to experience his unlimited desire to create.

Nasser Al-Aswadi was born in 1978 in a small village of Hojar near Taiz, Yemen. He studied architecture at the Fine Arts Institute in Sana’a. His work has been exhibited in a number of group and solo exhibitions in Yemen and France. 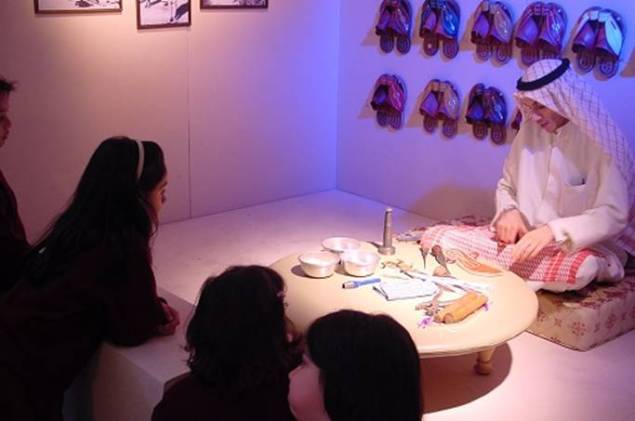 Occasion: Bayt Lothan, Kuwait’s leading cultural center, invites you to its 3rd annual Mawruthna Al Hirafiو an event that takes you back in time and showcases traditional Kuwaiti craftsmen and their lifestyle. Live music will be hosted by a variety of famous Kuwaiti artists. 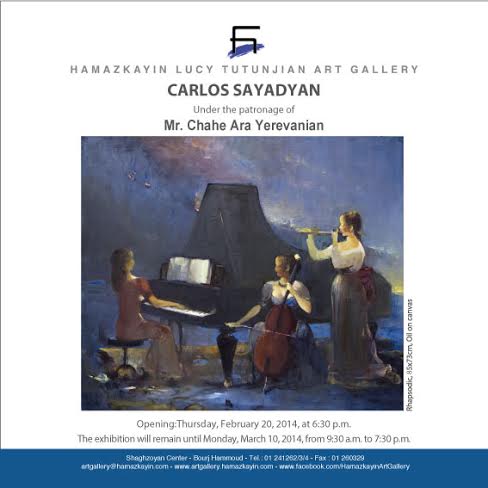 Occasion: Hamazkayin Art Gallery is pleased to present Carlos Sayadyan. He is one of the the most significant names of Armenian Contemporary Art, who has created a unique signature through decades of work. 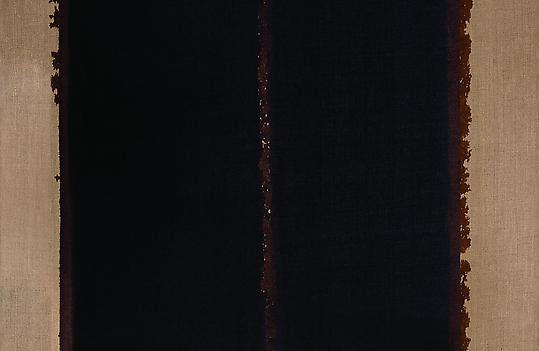 Occasion: Alexander Gray Associates presents the exhibition Overcoming the Modern; Dansaekhwa: Korean Monochrome Movement, guest curated by Sam Bardaouil and Till Fellrath, and accompanied by a fully-illustrated catalogue. In the late 1950s, a disparate number of young Korean artists discarded realism and figuration and adopted a monochromatic palette and artistic techniques that highlighted the flatness of the canvas as a foundation for later accretions and the physicality of the used materials used. By the mid-1970s they had become known as Danseakhwa: The Korean Monochrome Movement. Curated by Sam Bardaouil and Till Fellrath. Artists participating: Chung Sang-hwa, Ha Chong-hyun, Hur Hwang, Lee Dong-Youb, Lee Ufan, Park Seo-bo,Yun Hyong-keun.

IVAN: The Reconstruction of Narcissism

Occasion: Sultan Gallery invites you to IVAN: The Reconstruction of Narcissism, a debut composition by POWERHOUSE, explores the notion of using architecture and design as a vehicle for self-transformation by holding the design philosophy: “We are products of our products, therefore our products must reflect and encourage our own self- development.”

Each of the pieces encourages a stage of development through their individual characteristics, from form to function. The pieces Dither and Mull embolden the reconstructive process of narcissism, facilitating the users’ potential to develop. Adamantine and N+ stimulate the final stages of reconstruction, assisting the user’s culmination in this evolutionary process. The central piece of the environment, Ivan, serves as a division, or barrier of consciousness, by separating the pieces; urging the user to advance and progress. Together, the pieces serve to vitalize, and ease the user through the stages of this reconstructed narcissism.

Occasion: Imitating a leisurely wander through a neighborhood curiosity shop, XVA Gallery’s upcoming exhibition will intrigue and delight you with a mix of eclectic miniature art pieces. Each individual work assumes a sense of whimsy, an air of other worldliness or flight of fancy to engage and enthrall. While spinning surreal tales of the absurdities of life, these little enigmatic pictures and sculptures make us wonder and yet leave us with more answers than questions.

Wolfgang Paalen’s Philosopher of the Possible 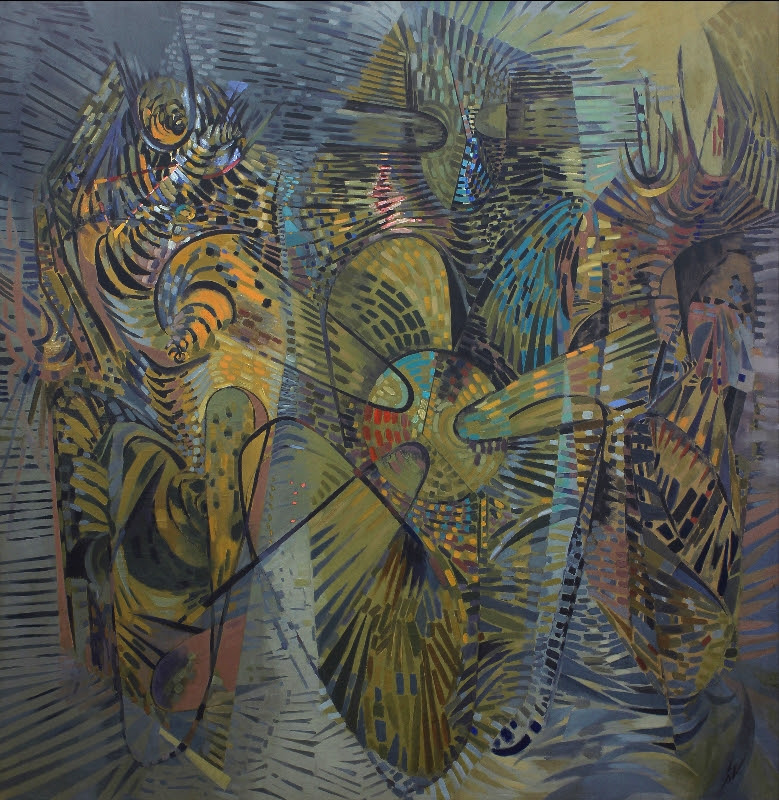 Occasion: Wolfgang Paalen: Philosopher of the Possible features a selection of works by one of the twentieth century’s most catalyzing Surrealist artists. In this second solo show for Paalen (Austrian, 1905-1959), Gallery Wendi Norris presents works dating from 1932 to 1954, including the artist’s largest sculpture and painting ever produced. The show is accompanied by a fully illustrated 60-page catalogue. 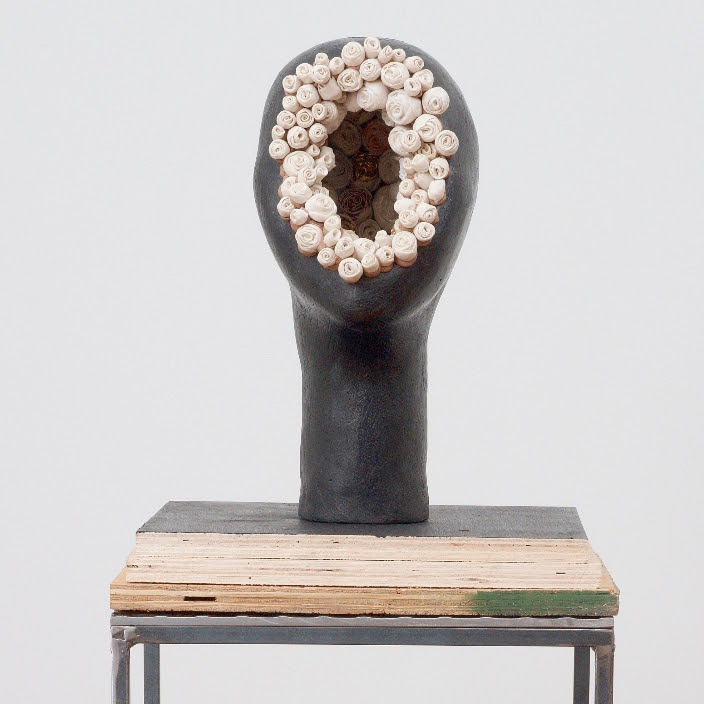 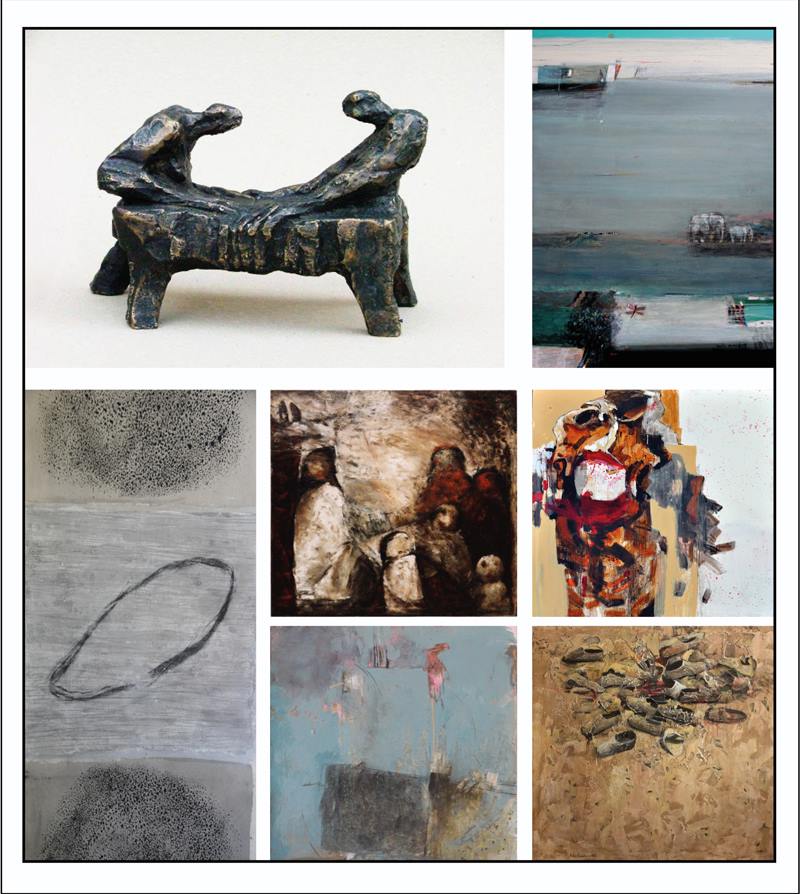 In contrast to mainstream media reports, the exhibition seeks to provide a different perspective on the Syrian crisis from the creative minds of those living it. Through the lens of the artists, the exhibition shows how war has discoloured Syria. Despite their bruises, the art speaks out: we are very much alive 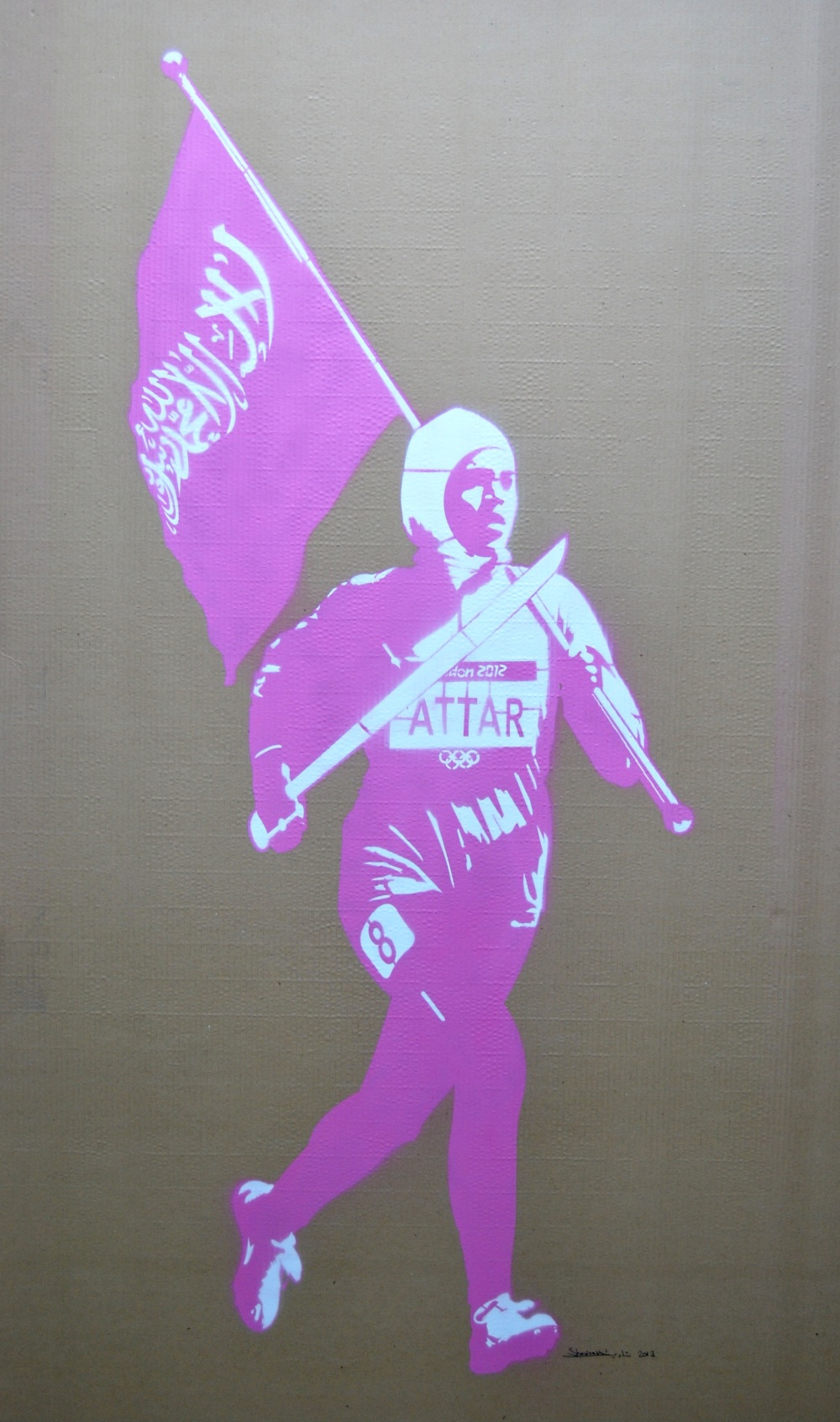 Occasion:  Ayyam Gallery Jeddah is pleased to announce Contemporary Kingdom, an exhibition of six contemporary Saudi Arabian artists. Spanning three generations, each artist in the show is specifically featured for their creative dynamism and consistent development in pushing the boundaries of contemporary and conceptual art in Saudi Arabia.

In Contemporary Kingdom, Faisal Samra, Maha Malluh, Abdulnasser Gharem, Rashed Al Shashai, Shaweesh and Huda Beydoun will exhibit artworks addressing, as well as embodying the spirit of, the rapid modernity that has impacted the Kingdom of Saudi Arabia.

Ranging in age from twenty to sixty, the varied perspectives and diversity of media will present a truly inclusive exhibition, engaging audiences with the wide spectrum of ideas present in Saudi Arabia and starting a creative dialogue.

Representing the younger generation, Huda Beydoun and Shaweesh both utilize Western Pop cultural symbology. While  Rashed Al Shashai and Abdulnasser Gharem from second generation comment on the ecological impact modernity has had in the region and larger world. And finally, representing the third generation is Faisal Samra and Maha Malluh with her 3 photograms from her Tradition and Modernity series and Samra’s The Other Body series that explores the possibilities of industrial media, placing his work at the intersection of sculpture and painting.

Occasion: Ayyam Gallery London is pleased to announce C.D.R – Construction, Destruction & Reconstruction, Saudi Arabian artist Faisal Samra’s first solo exhibition in the United Kingdom. Faisal Samra has long been intrigued by the process of creation, ‘living with it each moment of the day, even during sleeping, therefore [he] wanted to treat this subject in [the] artwork itself’. Thoughts on the process of creation reached new dimensions as Samra began to consider not only construction, but also destruction and reconstruction in relation to the Middle East, the concept of the ego, and the human body.

A featured work of a more personal nature also explores the process of construction, destruction and reconstruction. A polyptych documents Samra’s wife undergoing chemotherapy after a diagnosis of breast cancer and shows the three stages of ‘Zeina’ – before, during and after the treatment. The body is the primary example in which to witness the process of perpetual creation, destruction and regrowth. Just as our bodies are susceptible to threats, so too is the land where the artist lives and works. 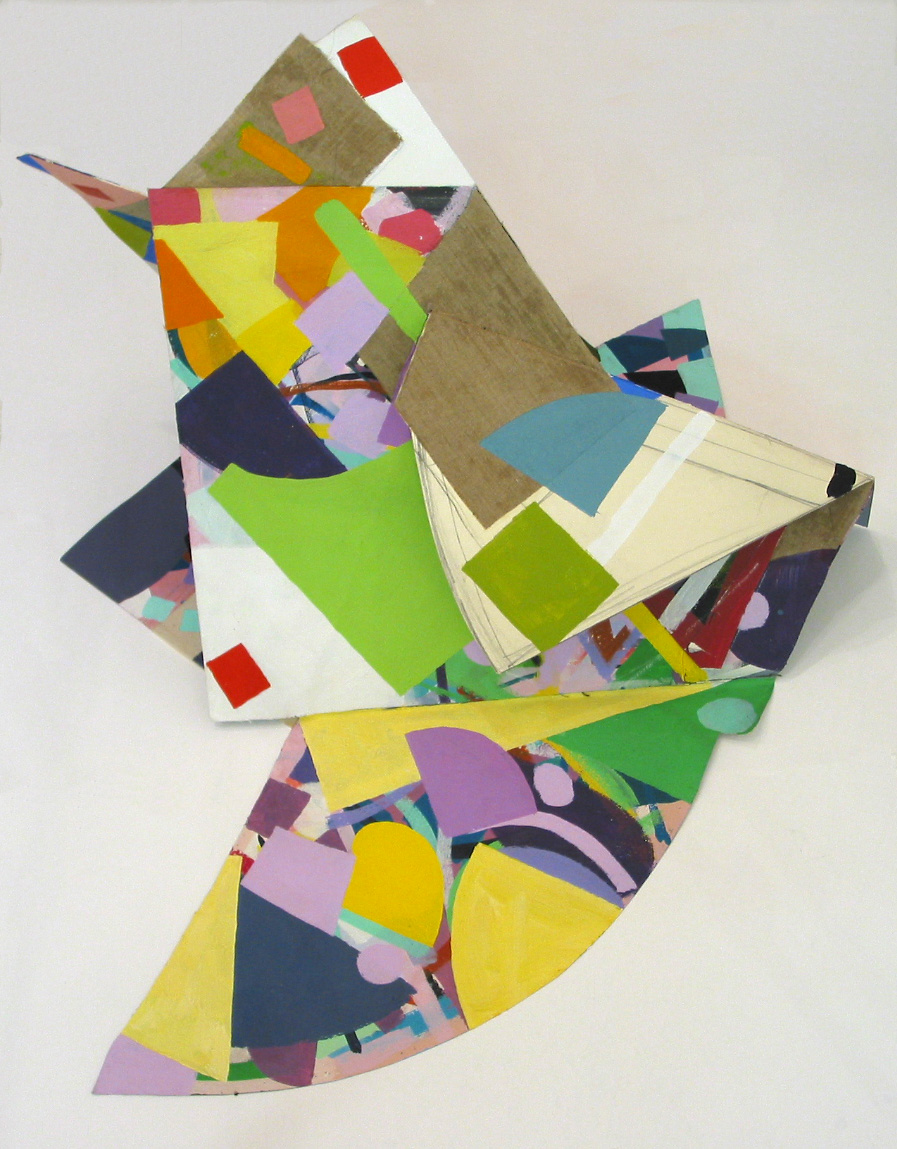 Occasion: Ayyam Gallery, Dubai (Al Quoz) is pleased to present Samia Halaby: Five Decades of Painting and Innovation, the first major retrospective to be organized for the renowned artist. Curated by art historian Maymanah Farhat, this comprehensive survey will feature over fifty works of art, representing every period of the artist’s oeuvre and the many creative experiments and breakthroughs that have resulted.

Central to this theoretical treatment are nonobjective strategies that attempt to examine and communicate physical properties as they are experienced in reality, namely the relationships of light and color that create depth, volume, and movement, the numbers and rhythms constituting the growth of forms, and the continuous state of motion, or space and time, defining the fourth dimension. What this has meant is that each successive series of painting over the span of fifty years of work has served as the site of observation, scientifically-informed analysis, and an engagement with pre-modern forms of abstraction, mainly Islamic art, alongside a reconsideration of the lessons of seminal modern art movements—from Impressionism to Abstract Expressionism.

In addition to the work on show, there will be a book signing of the new monograph entitled Samia Halaby, Five Decades of Painting and Innovation and an artist talk at the opening event on 19 February from 7-8pm. 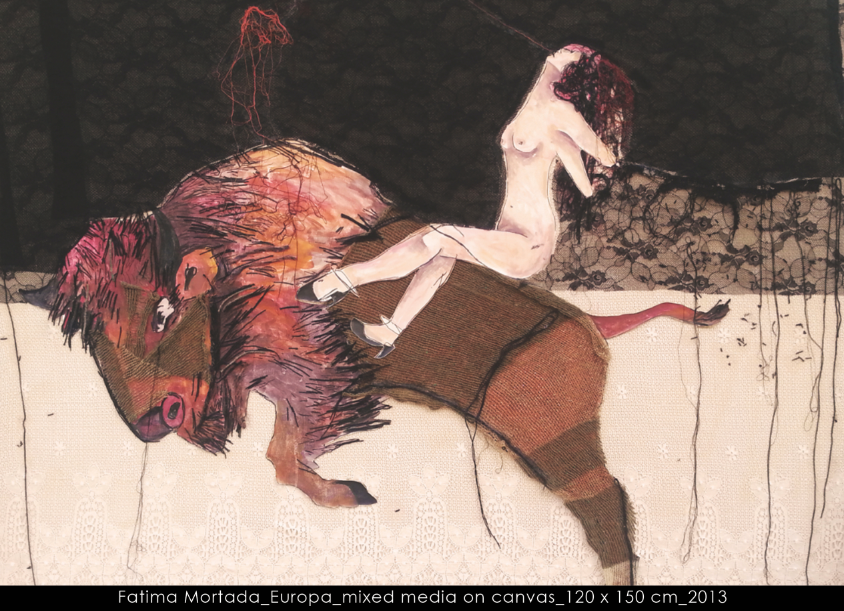 What is the Body? It is not a question, but, regarding these works, it is the snake in the grass that disorders the identity of gender. Hence, the question is: Is the gendering of the body a prior given, or is it subjected to cultural conditions? Correspondingly, the works are an invitation to enter the Labyrinth of this question. 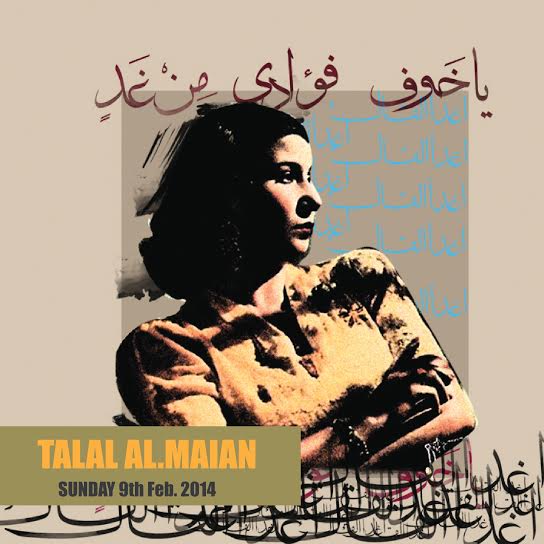