On March 21 Art Dubai has finally opened it’s doors to public, revealing the long waited artworks of 75 galleries from around the world, presenting only their best of paintings, photography, sculptures & installations. Divided in two large halls, displayed carefully to grab viewers attention, anyone who was in Dubai & the world who missed visiting Art Dubai, missed one of the best Art scenes in the world! 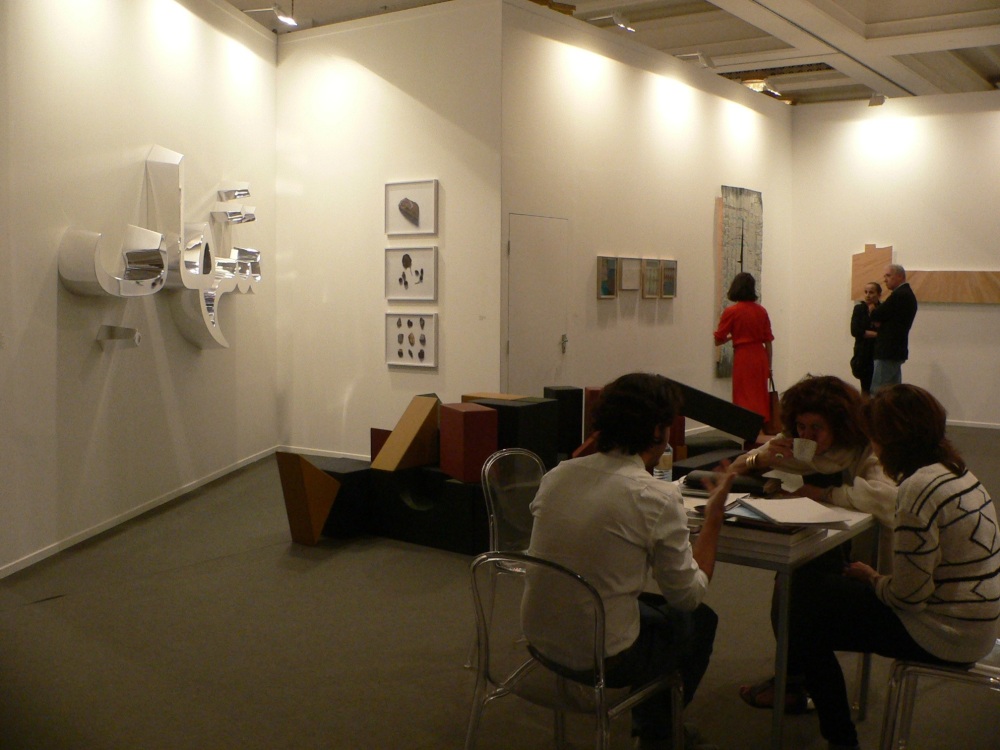 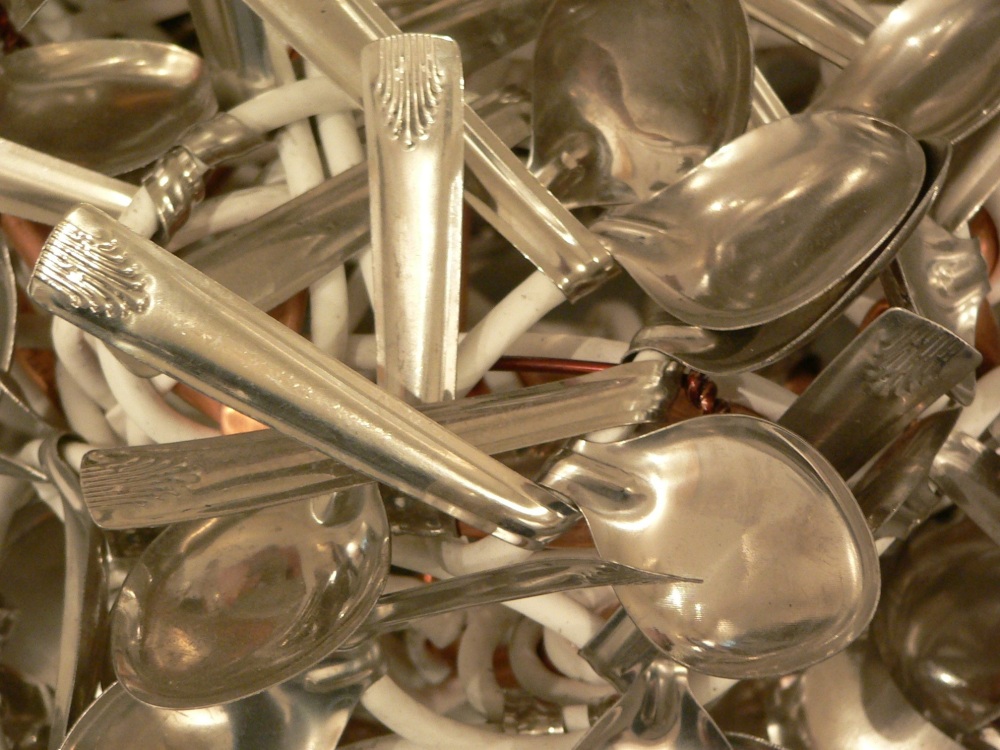 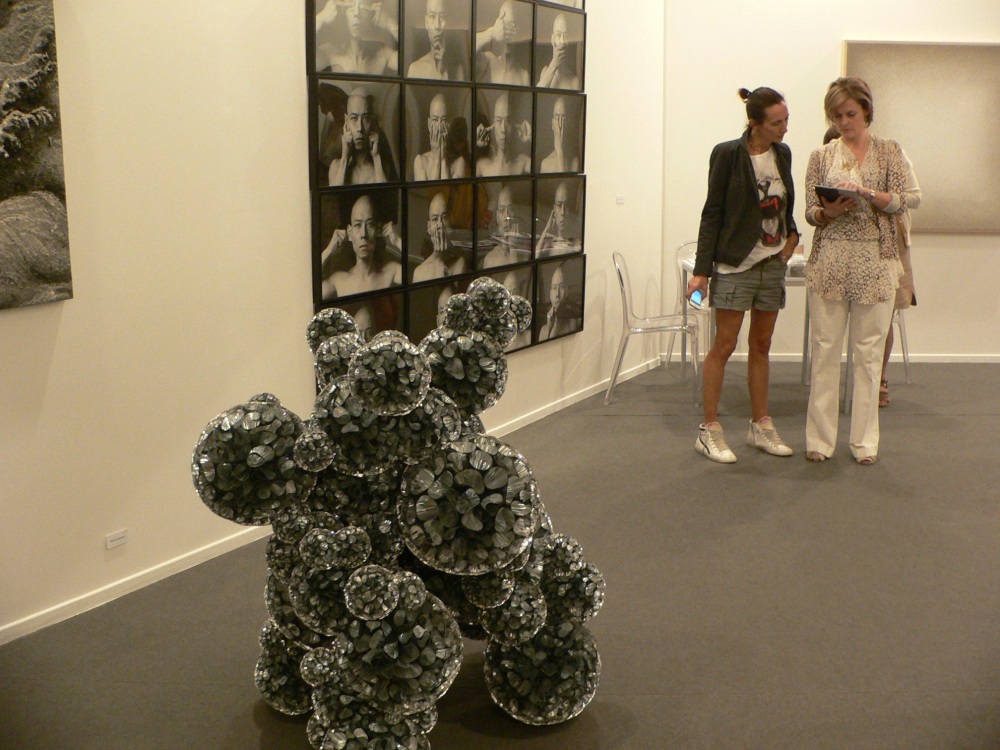 In 2012, Art Dubai which was held in partnership with Abraaj Capital and sponsored by Cartier, welcomed 22,500 visitors UAE-based, regional and international guests, including curators, collectors, gallerists, artists. The fair also welcomed five galleries from Indonesia as part of its Marker section, curated by Alia Swastika. 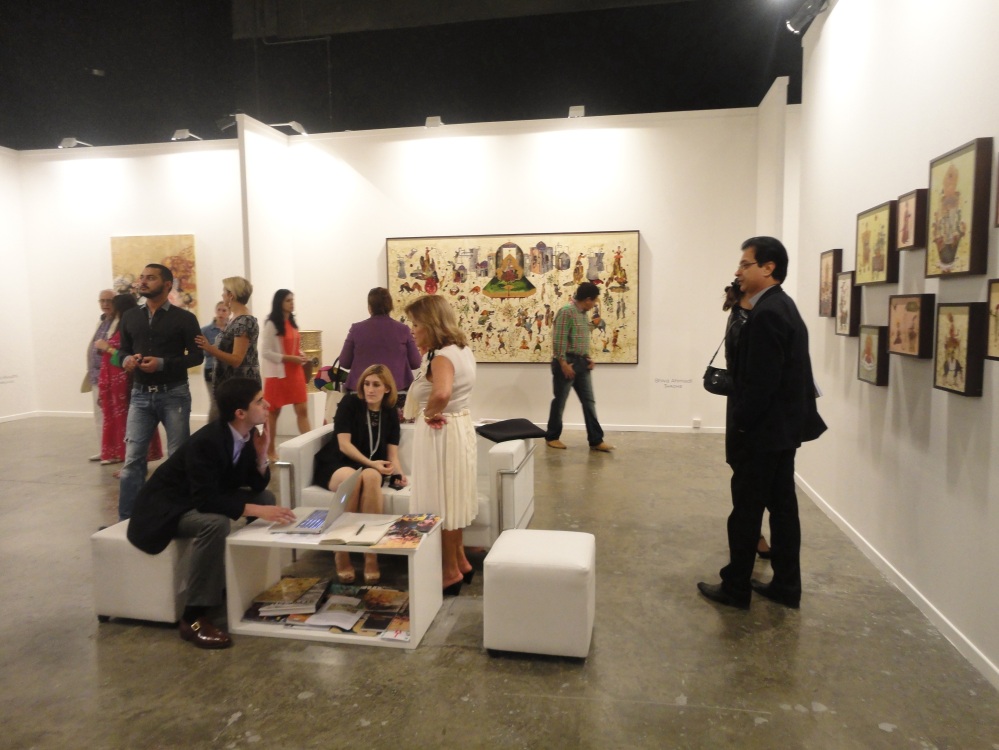 Even though there were international galleries based in New York, London, Paris, Berlin, Cape Town and wide variety of art-pieces, most of the artworks showcased were related to Middle East different political, social, religious etc issues. This proves that the artworks were carefully selected to give the contemporary art fair a regional flavor, a unique identity, positioning Art Dubai as a pioneer yearly art venue in across the region.

Once again, the so called “Arab Spring” took over most of the visual art themes. To me, some artworks presented the “after shock”, others were “anticipating” change or outcome, some cascaded reality of “ugly truth”. Another interesting thing was the presence of Iranian art & artists, I always have heard about their art but never had the chance to see any in real. I must admit I was impressed with their daring way of expression, direct messages, detail oriented, and although the ‘ways’ were different I felt there is a general refuse of the forced reality & all forms of repression notably the religious one. Here are some of my favorite booths & artworks. 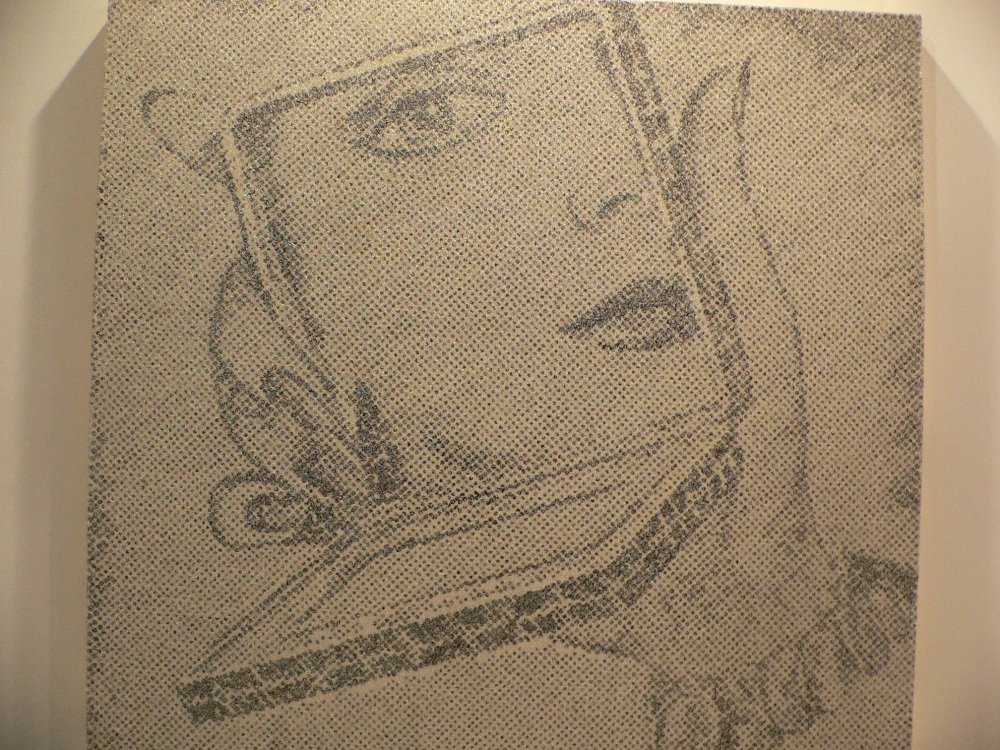 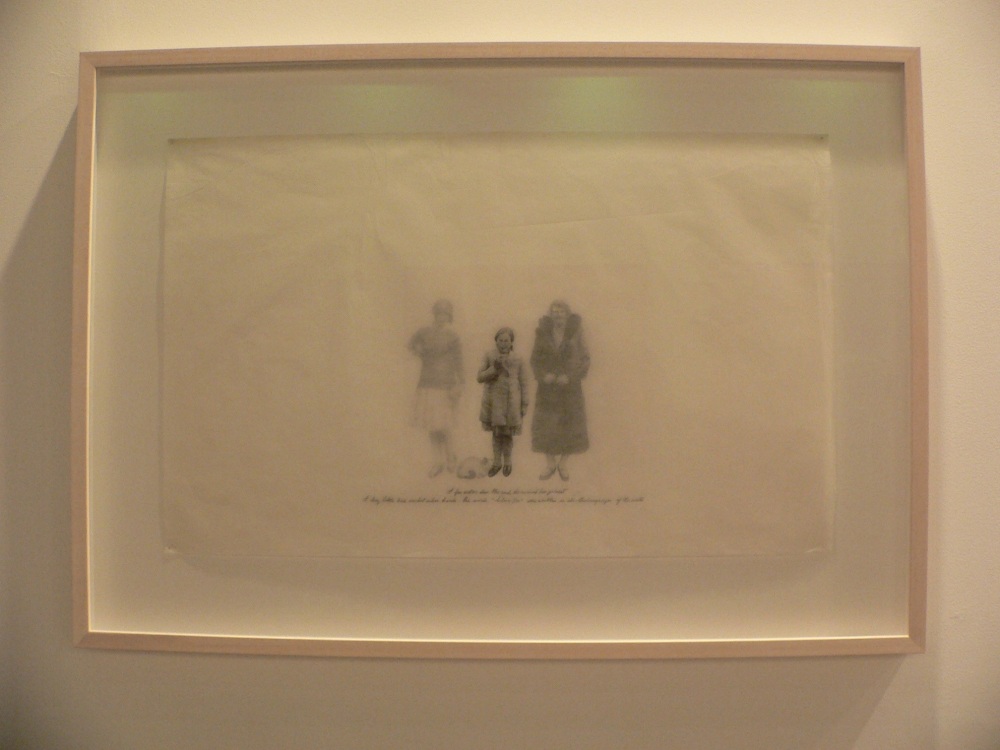 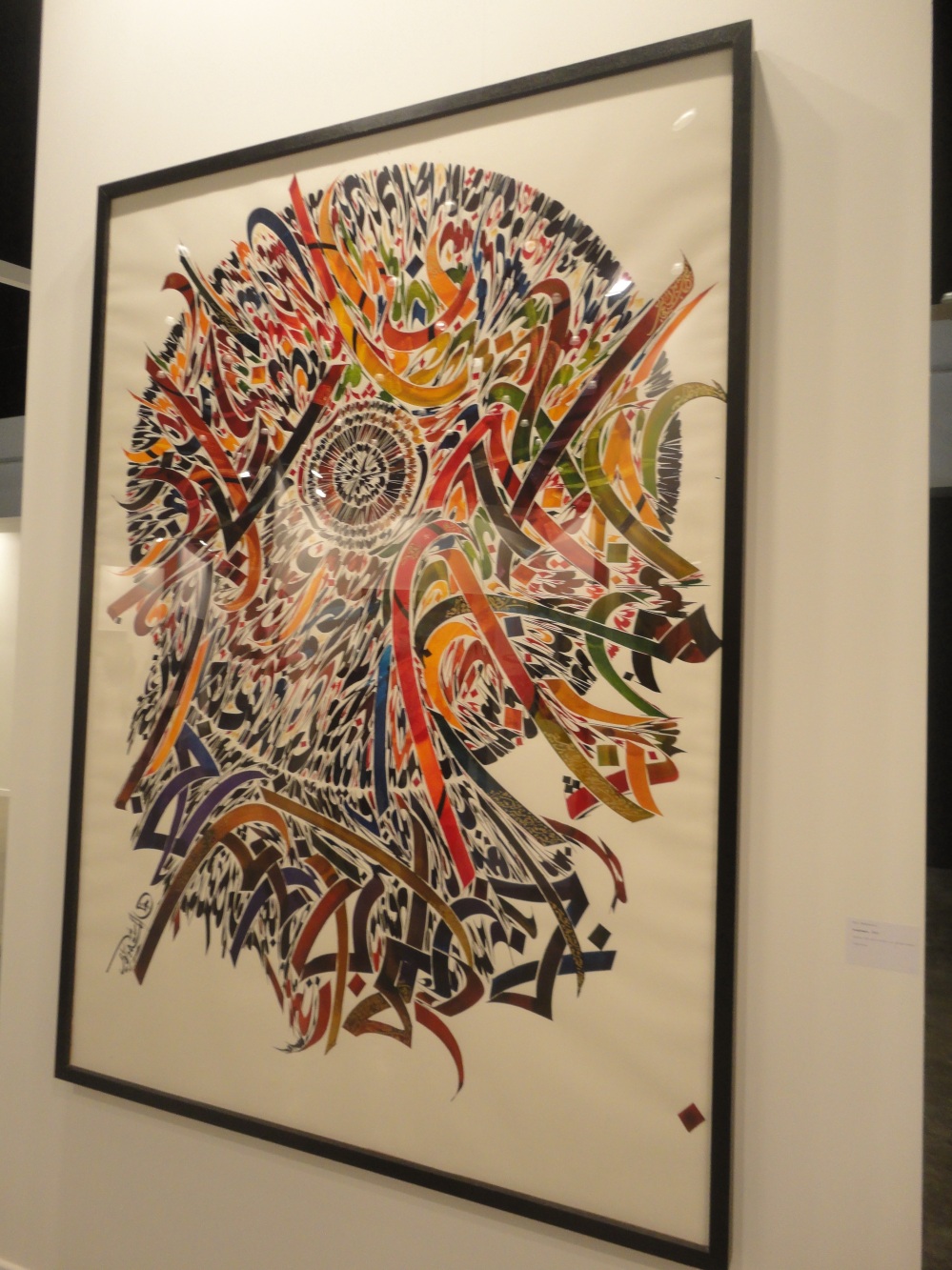 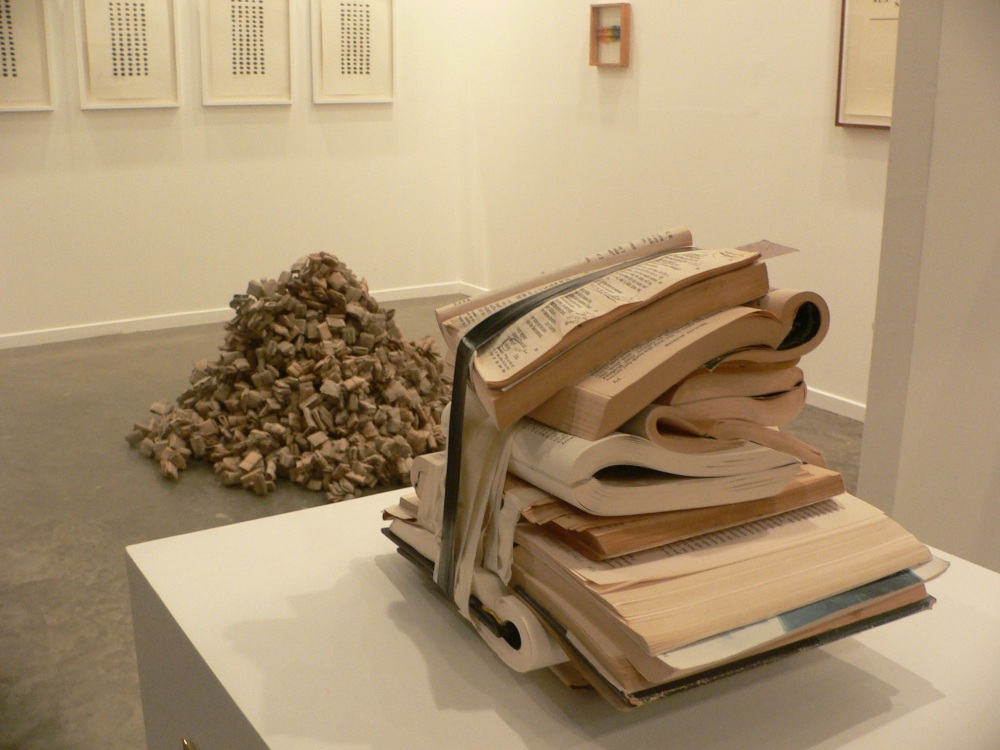 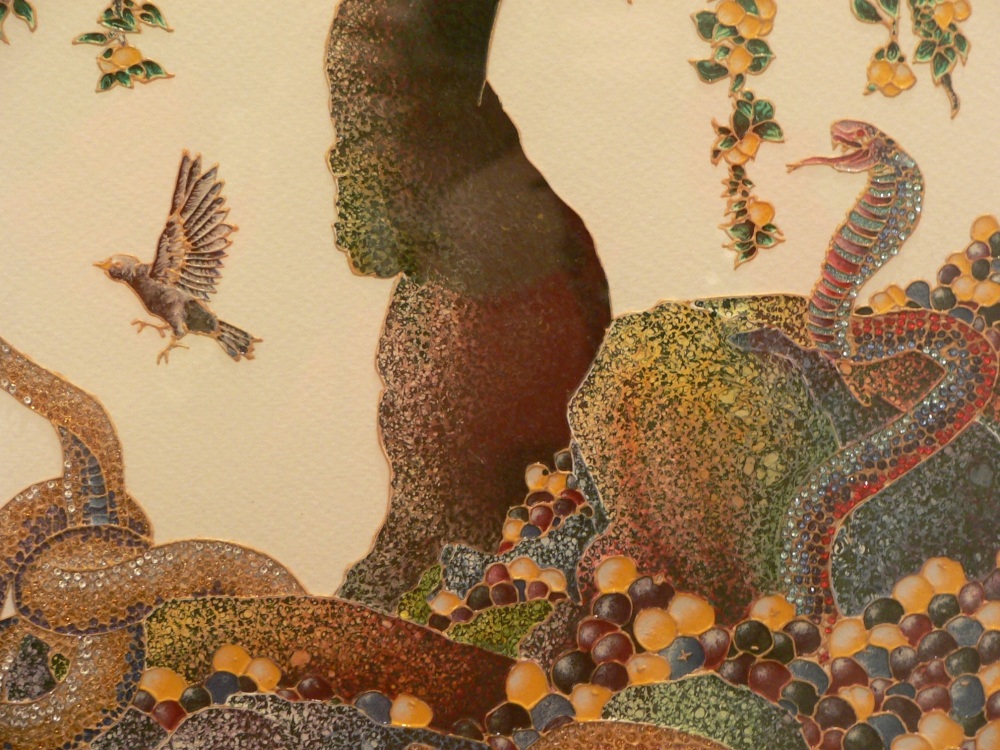 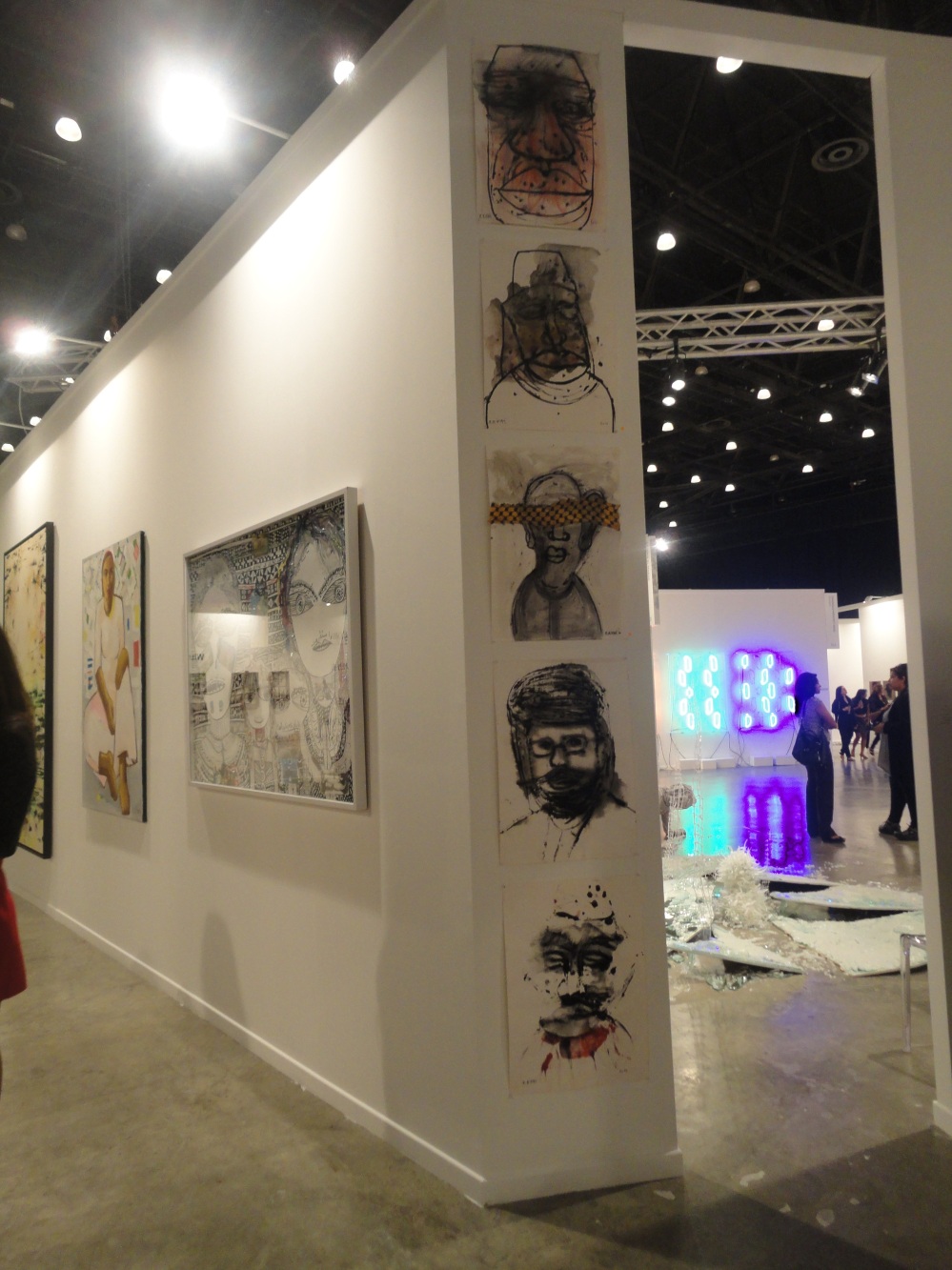 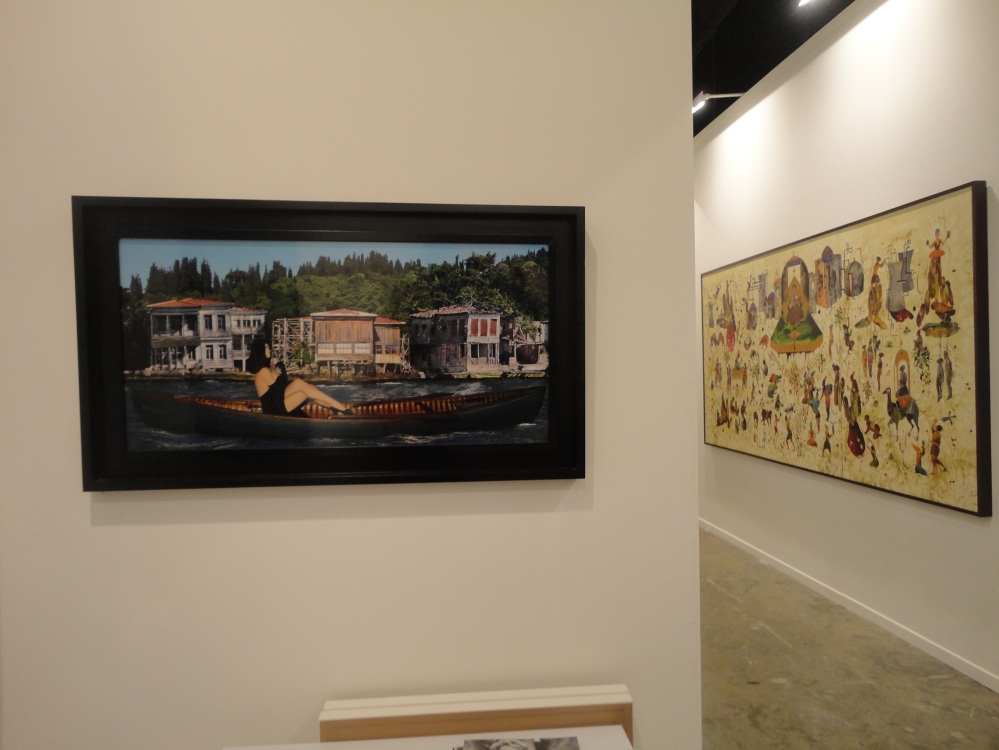 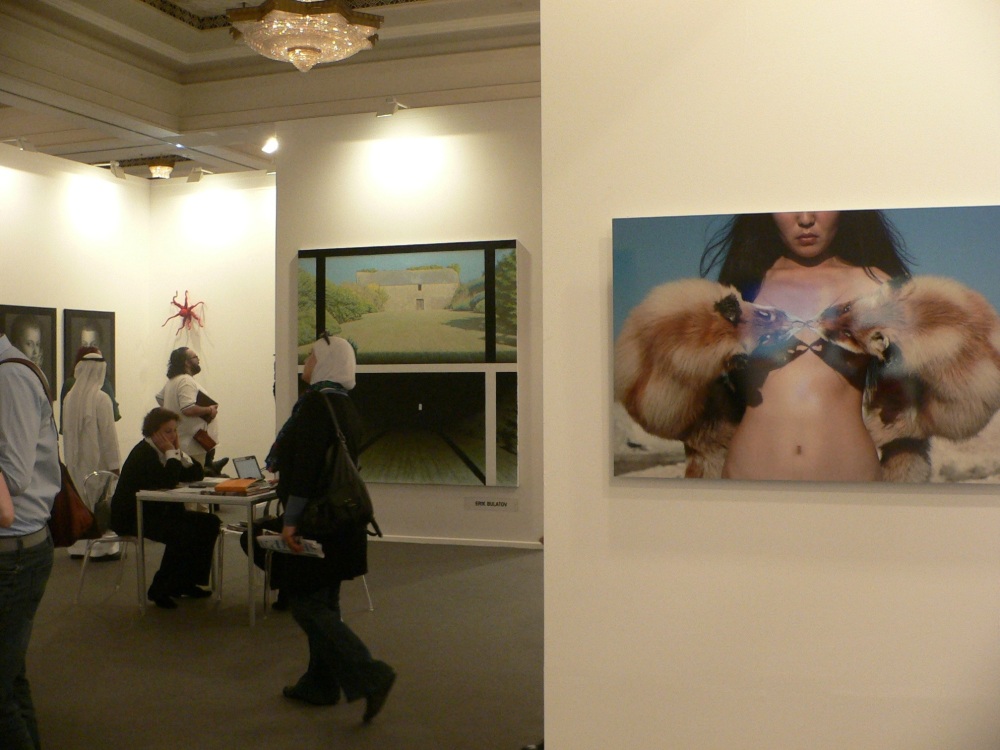 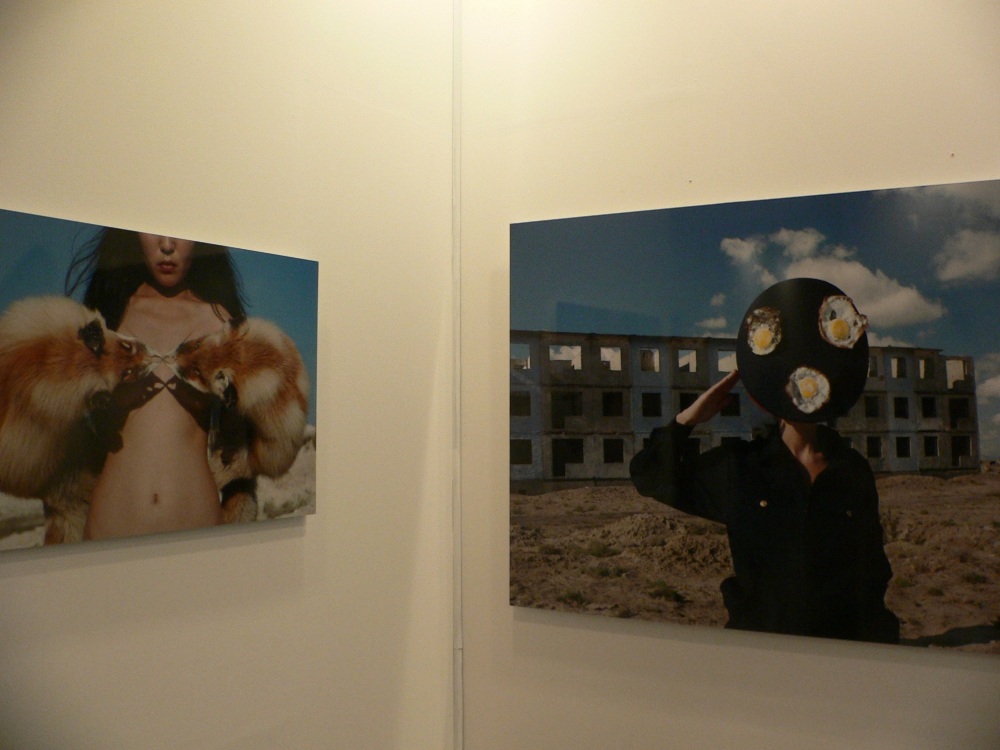 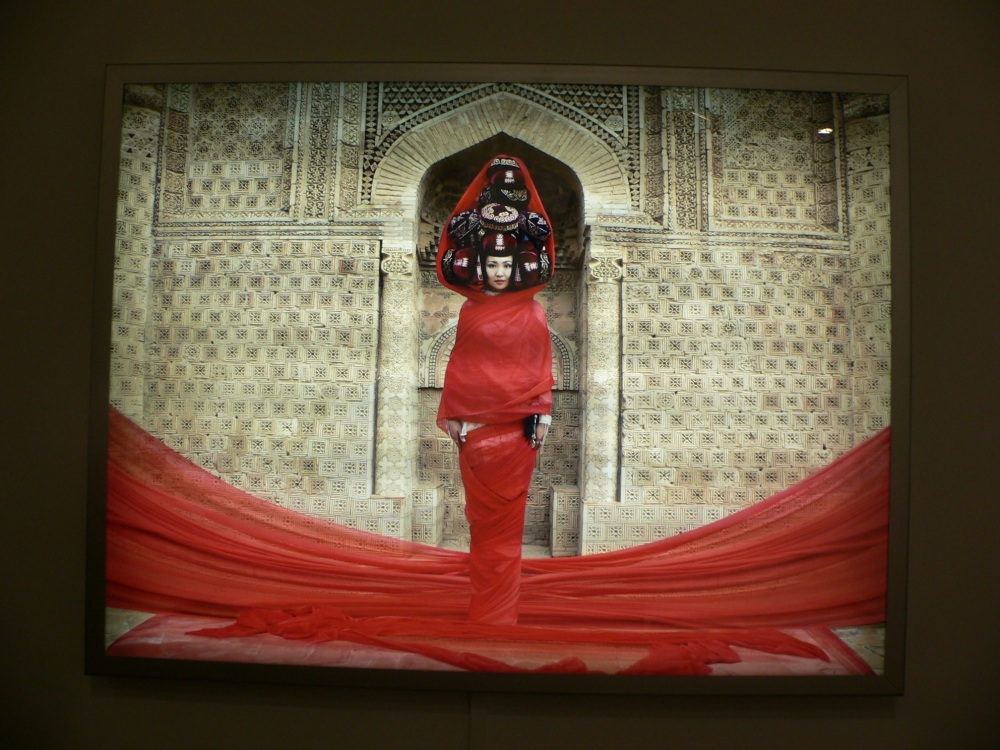 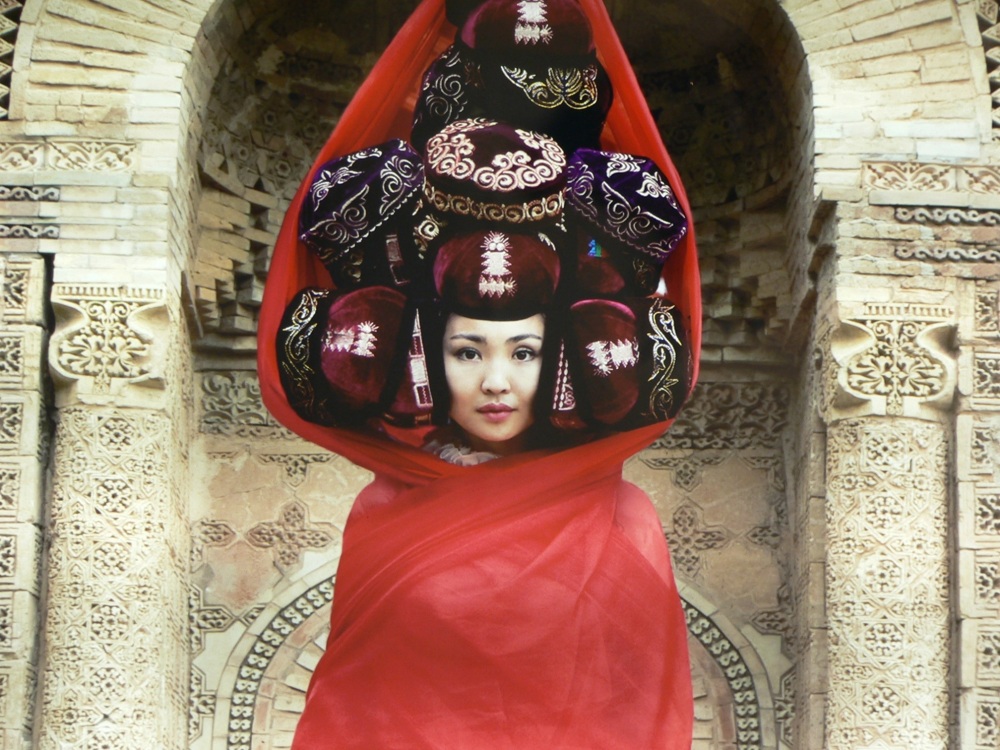 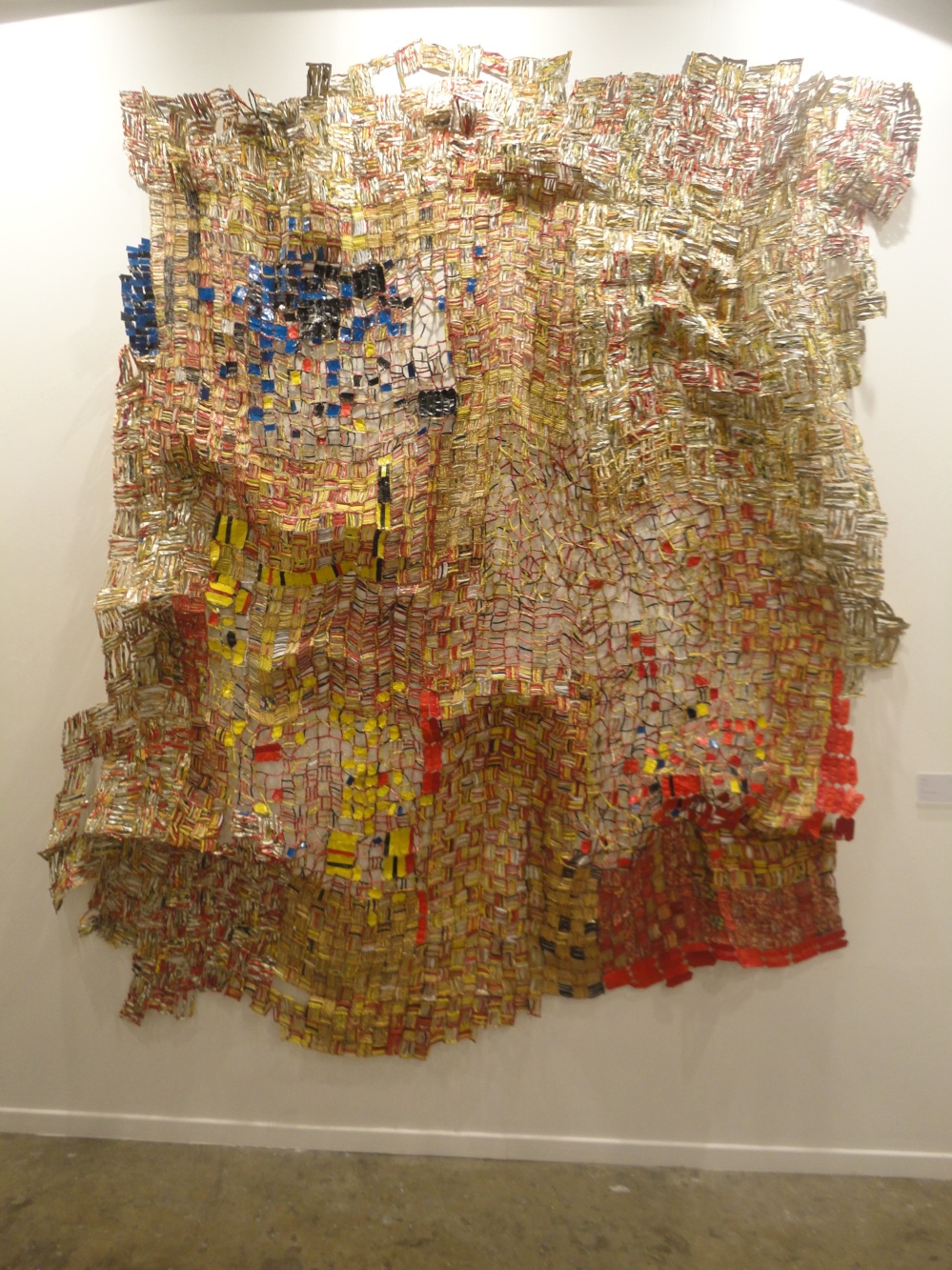 This installation by Marya Kazoun ‘They Were Here’ was also exhibited in “GlassStress” exhibition, Venice. Talking about bringing international inputs to the region! 🙂 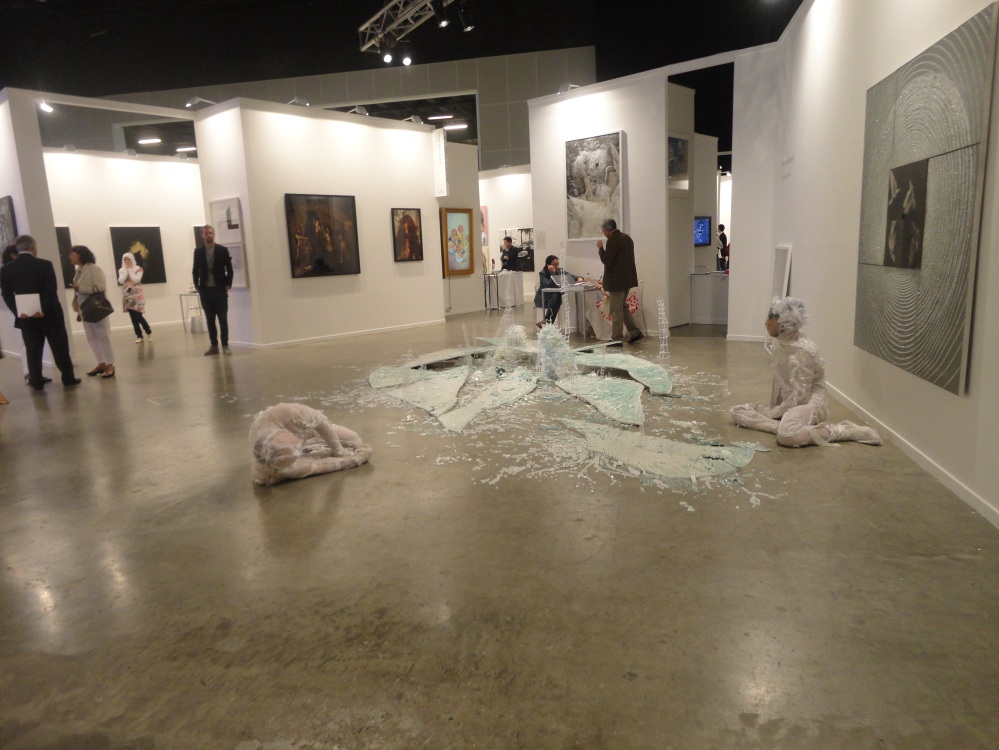 These are the most distinguished & argued artworks in Art Dubai; ‘Dome’ by Khosrow Hassanzadeh & ‘View’ by Jim Campbell. 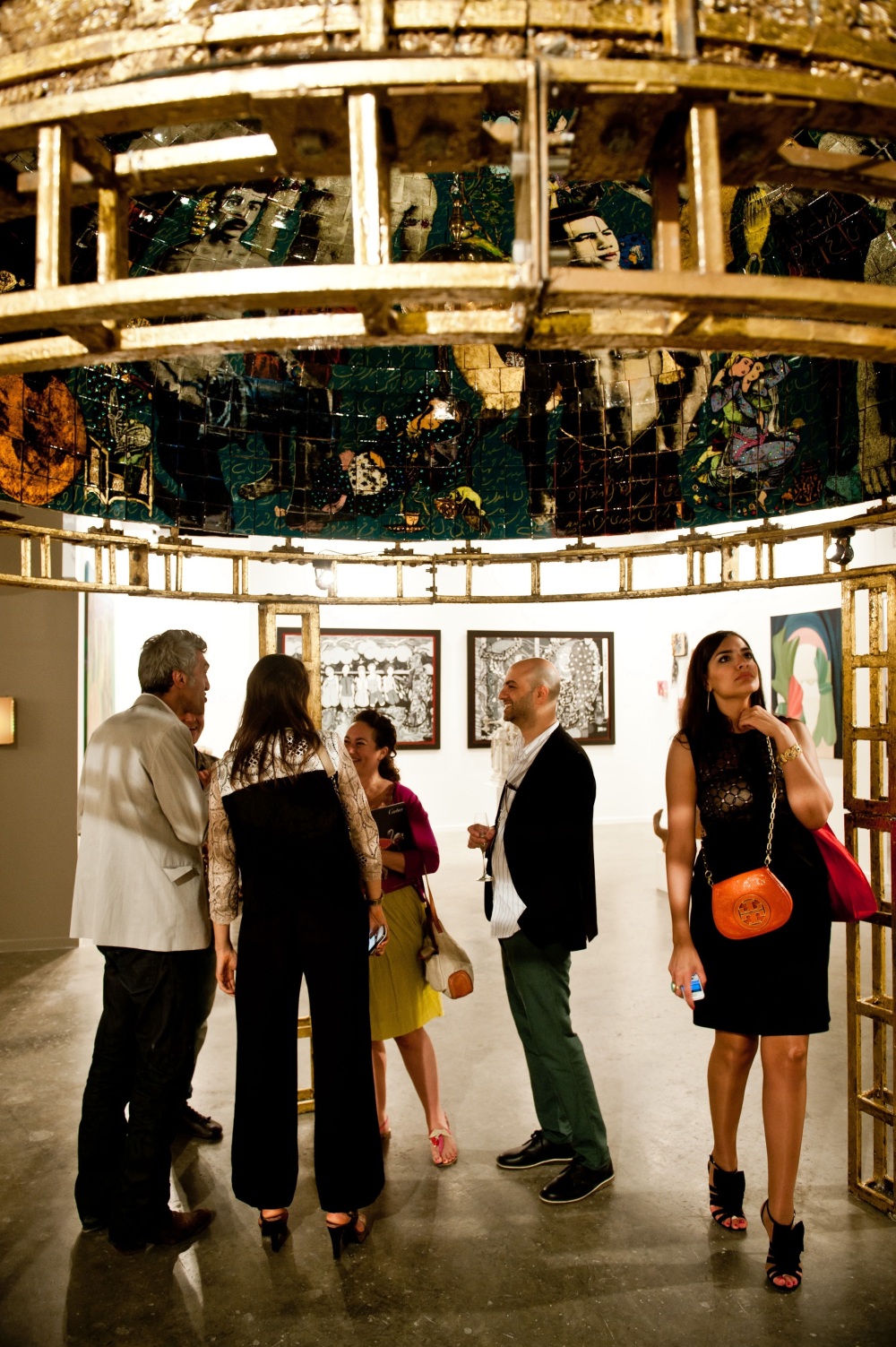 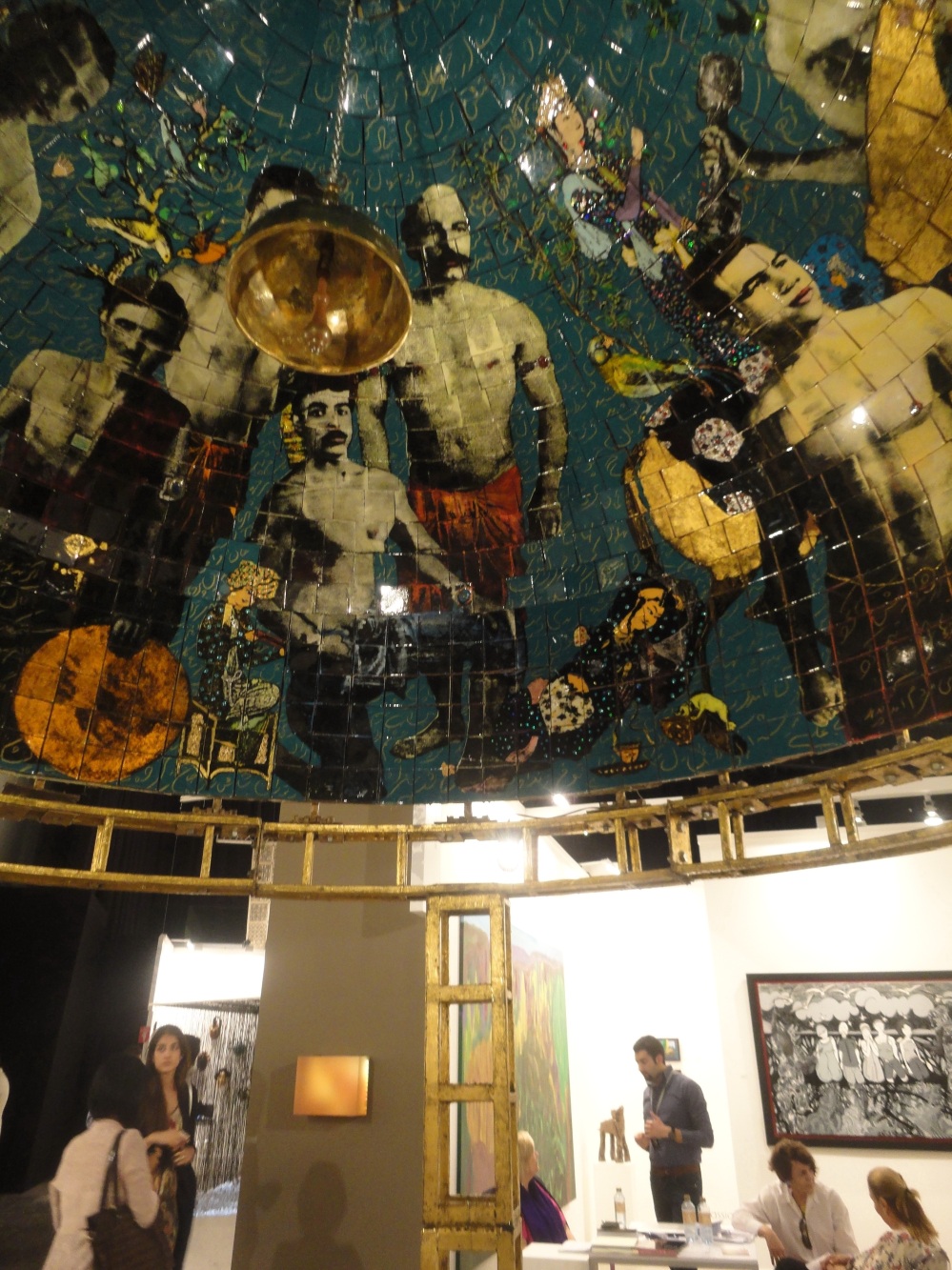 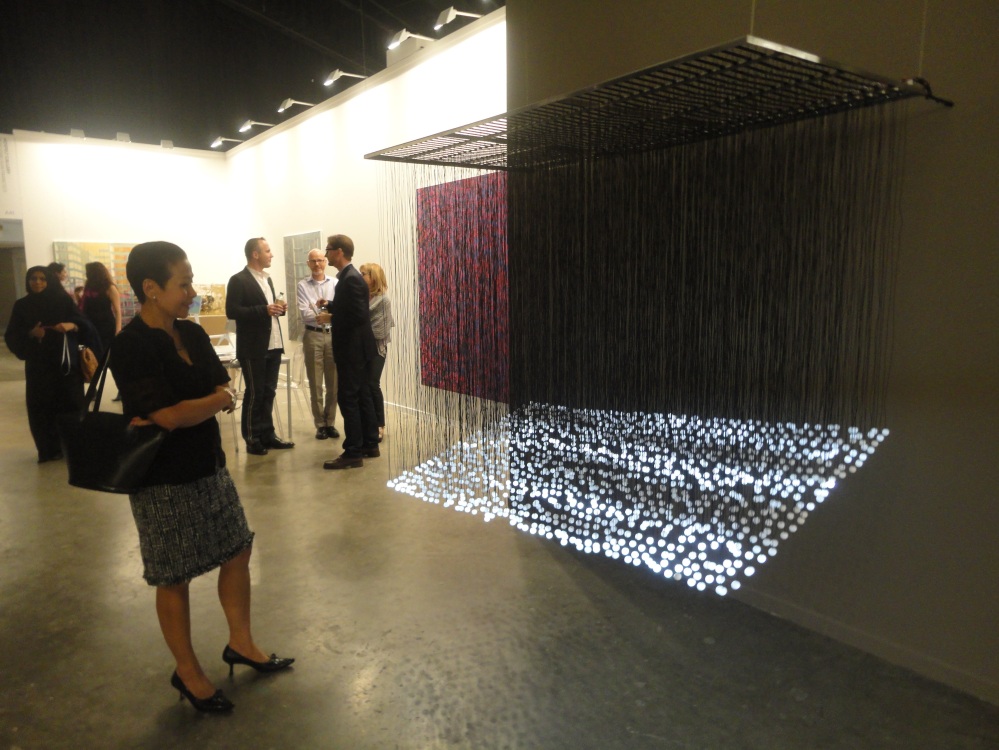 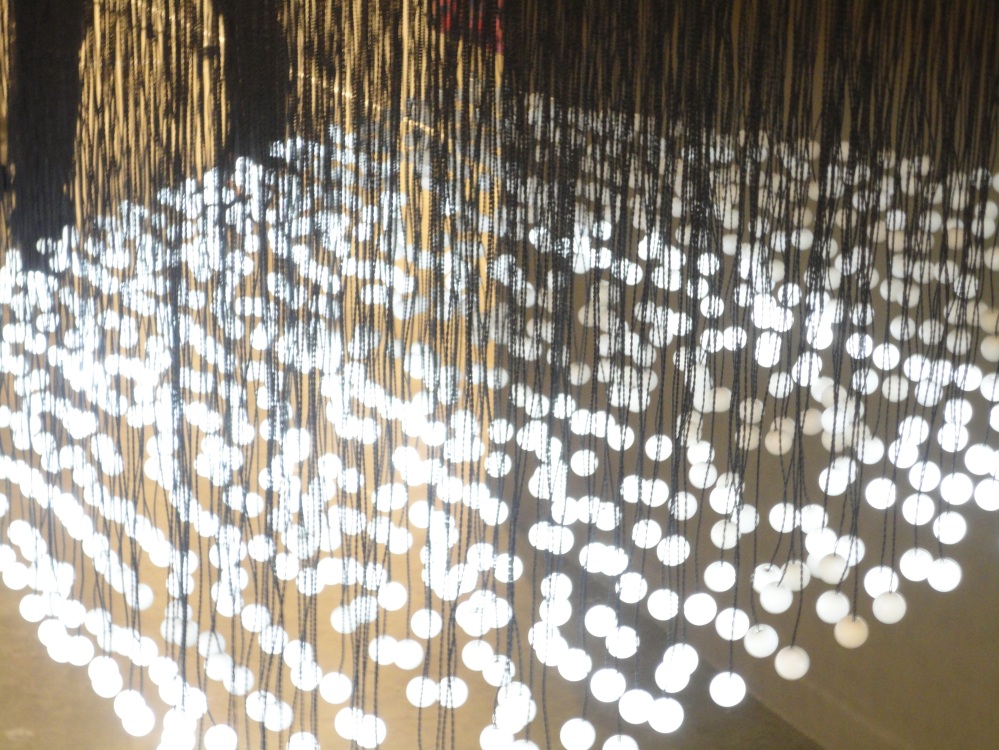 Last but not least, it was a pleasure walking around two galleries mentioned always in Al Maha and in touch with their latest news & updates; Ayyam Gallery & Aaran Gallery. 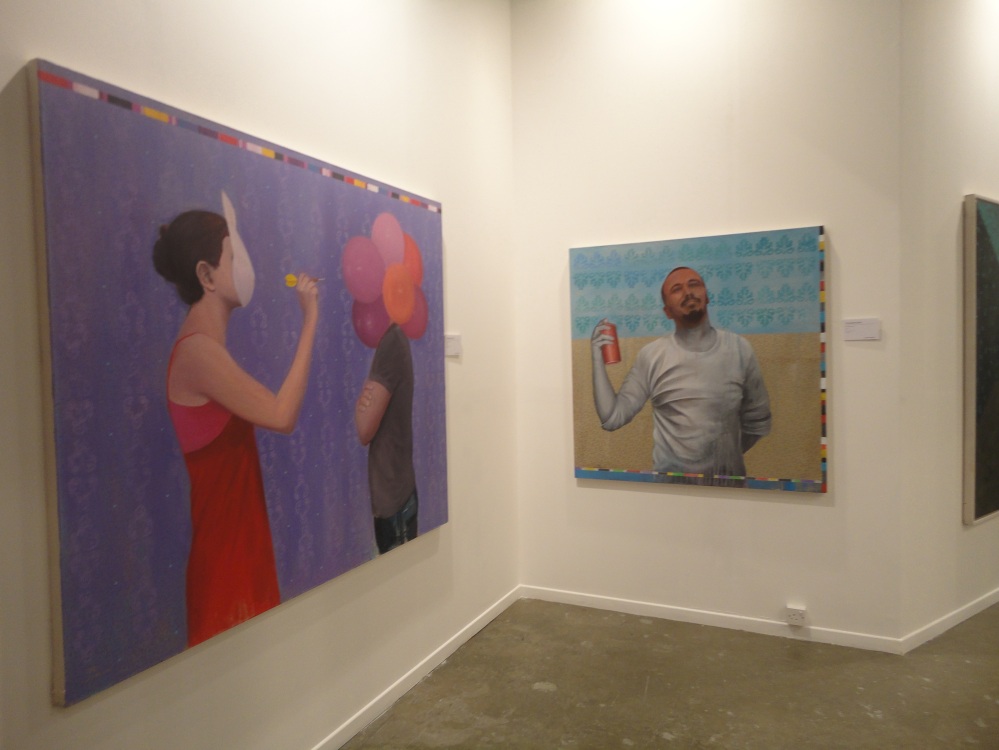 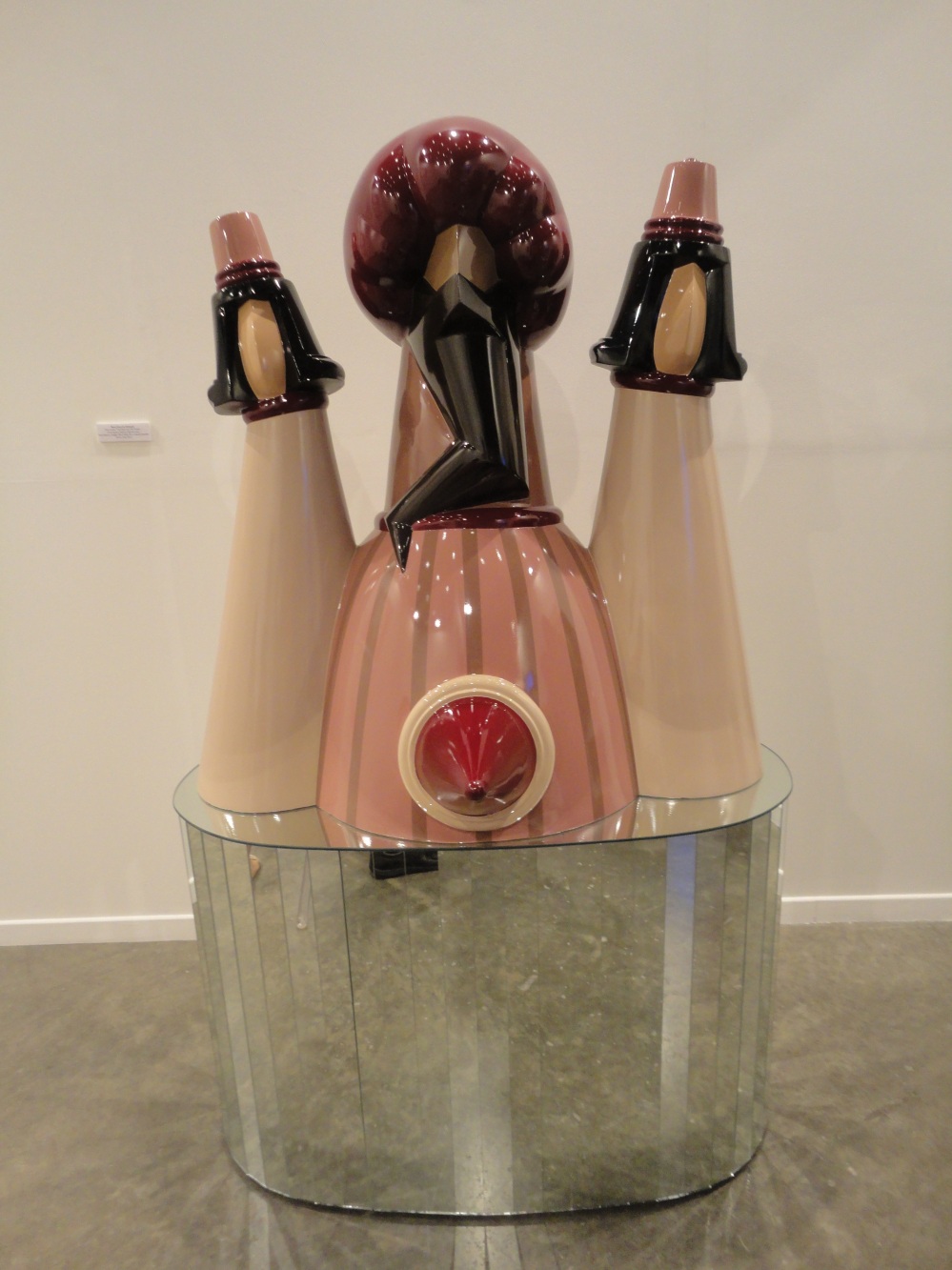 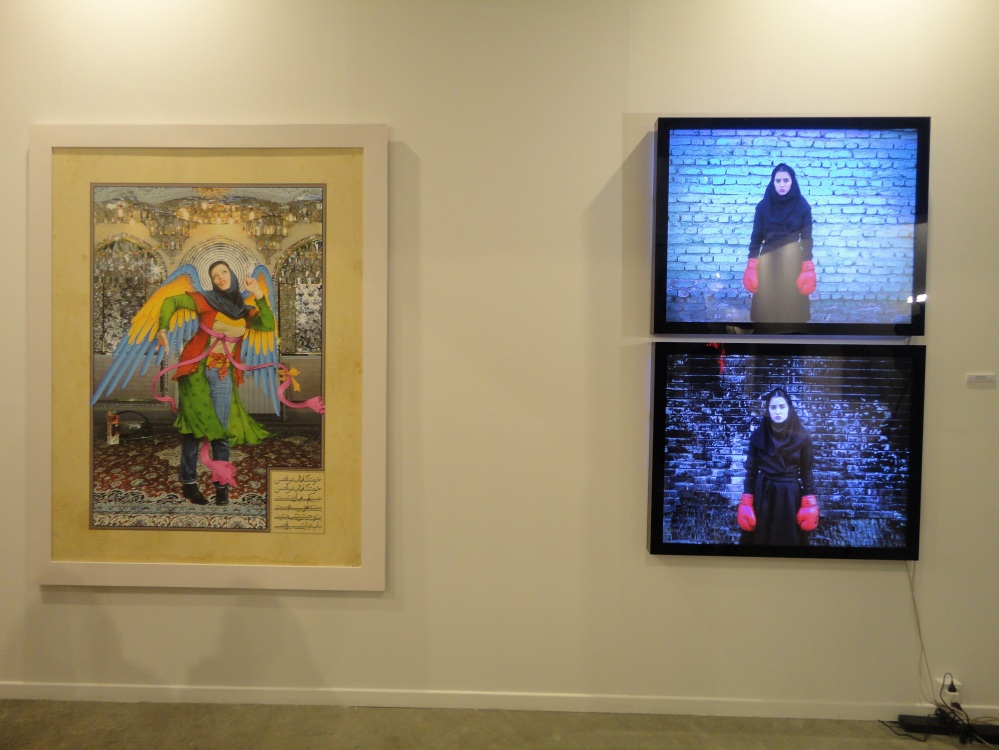 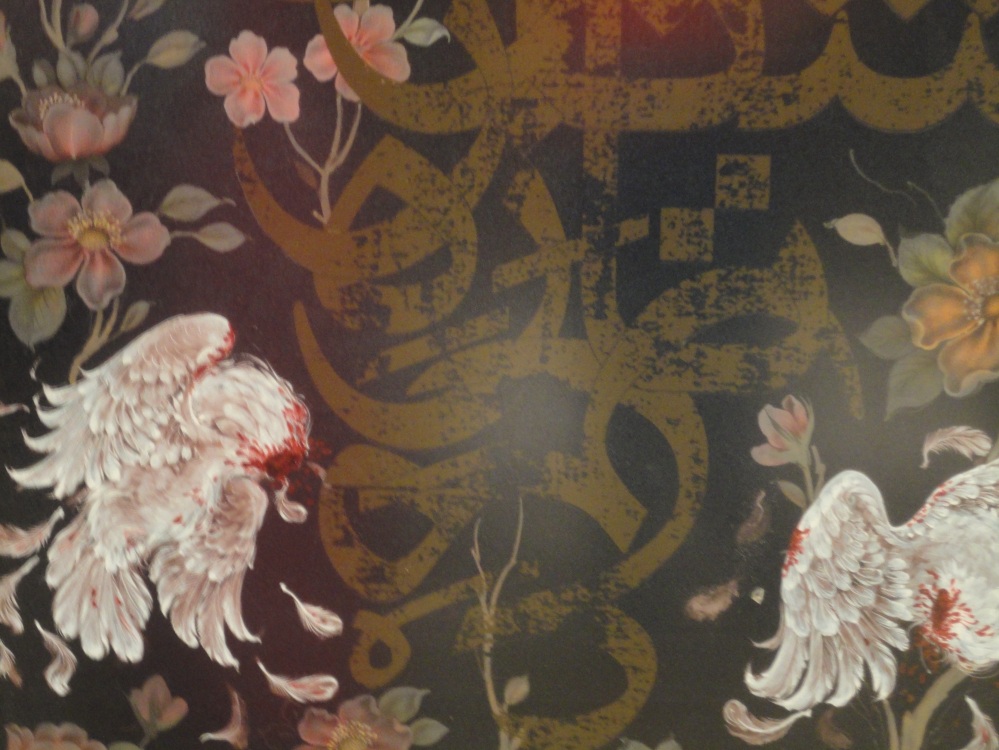 This was a general review of Art Dubai, stay tuned because Al Maha will bring you further features, special reviews and exclusive One-on-One with participating artists.