After the madness of March across the region, don’t think there is a rest in the Art scene! Here are list of activities, events & more to catch uo in April! 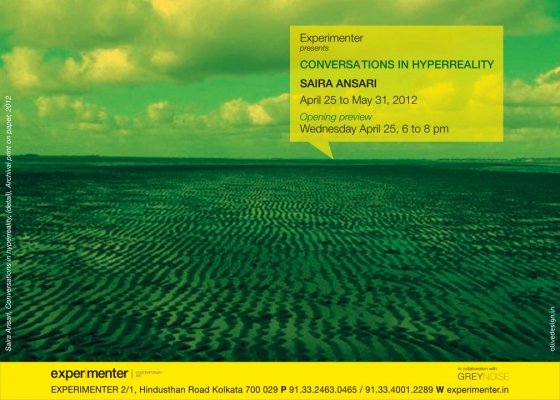 What: Saria Ansari first solo exhibition in india titled ‘Conversations in Hyperreality’ which plays a “storyteller” role and creates a visual allegory of the existence of two very important ‘realities’ that conjoin to form a sense of apparent truths where irrational thoughts, repetitive ideas, and unrealistic fears loom and interweave to create an imaginary scaffolding of conversations.

What: Don’t miss out on ‘The Speaker’s Progress’, a play by Sulayman Al Bassam, Kuwait’s most important alternative theatre director who returns to  Egypt after an absence of more than a decade. The plat addresses issues relating to freedom of expression and the Arab Spring.

What: One of Kuwait’s poineet artists & Head of Kuwait Formative Art Association, Abdul Rasool Salman will shpw his latest artworks in solo exhibition a comeout of his inner & reality experiences reflected on a the white surface.

What: ‘It’s No Longer About Me’, a solo show of Syrian artist, Mohannad Orabi. Featuring a new body of work by the rising painter, the forthcoming exhibition will present a shift in the artist’s subject matter and display an evident progression in stylistic rendering and a maturing of technique.

What: The 8th Edition of Beirut International Platform of Dance (BIPOD) in partnership with BEITEDDINE FESTIVAL. (BIPOD) offers once again a rich international program of contemporary dance featuring renowned choreographers, companies, and artists from around the world. 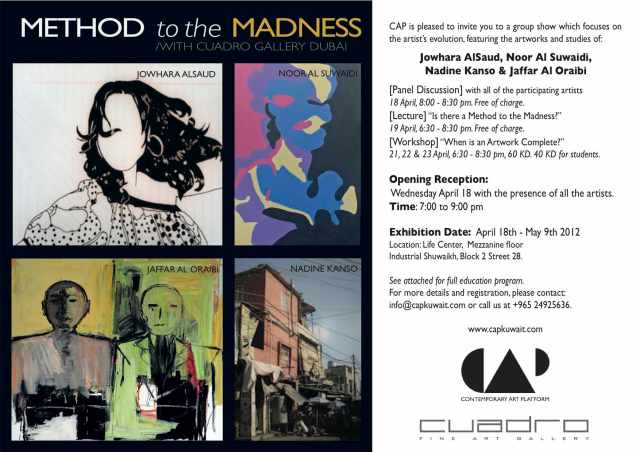 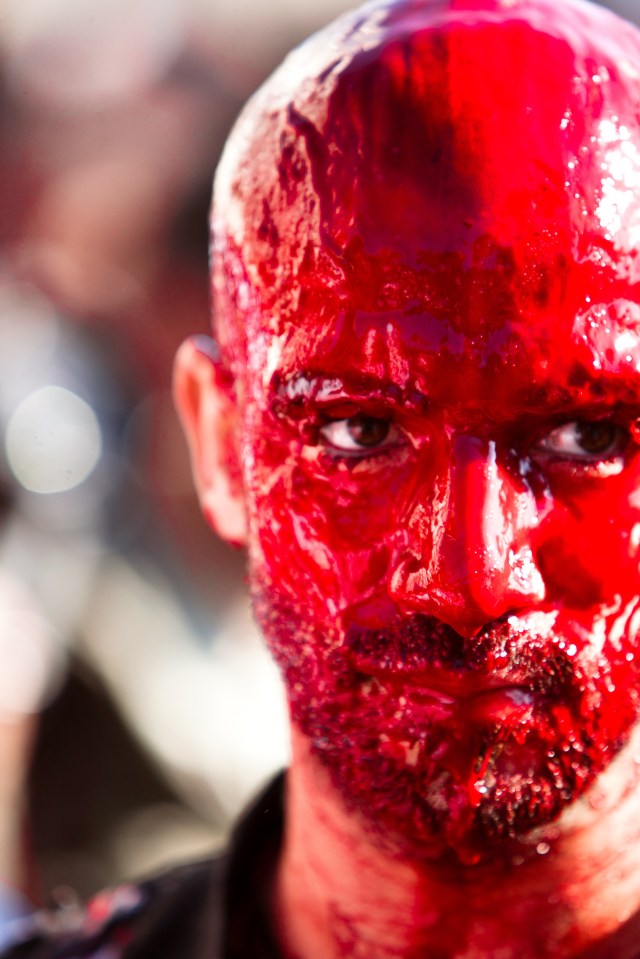 What: This won’t be like any exhibition you have ever been to. In fact, going there does require courage! Lebanese photographer Mohamad Bader presents 2  photographic projections and 10 printed photographs taken during the 2011 Ashoura rituals in Nabatiyeh, south of Beirut in Lebanon alongside the actual tools employed by the participants in this ritual, ‘The Power of…’ will immerse visitors in this multi-level experience, transporting them to stand alongside those who engaged in the ritual and share their experience.
When: from April 19 to May 18 2012.
Where: Ayyam Gallery, Beirut.

What: Photography exhibition by Ebrahim Khadem Bayat, a documentary photographer on his way to becoming an artist with a camera. He had turned his lens actively on the landscape of his shattered society. He offers and answers but puts the viewers at a turning point on the road.

When: April 6
Where: Aaran Gallery, Tehran.

What: Galerie Janine Rubeiz is proud to present the award-winning photography series A Girl and Her Room by lebanese photographer Rania Matar, opening reception and Book Signing. This series features intimate photographic portraits of teenage girls in their most personal space, their bedroom. 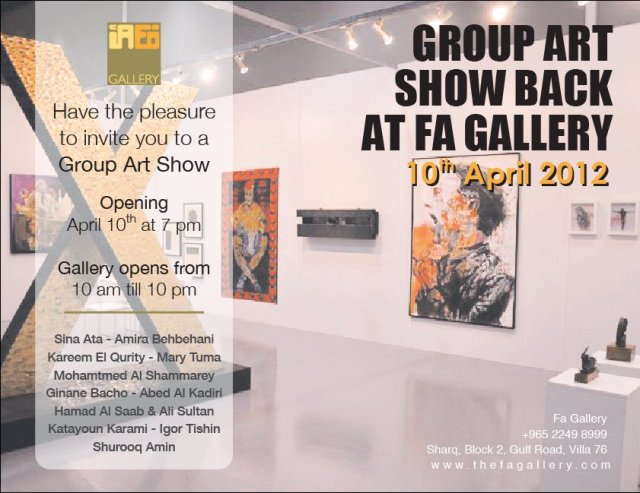 What: Spanish haute couture designer Augustin Torralbo will showcase his latest collection “Matador” for the first time in Kuwait!

What: Love the beauty of fine Arabic calligraphy and would like to work on the skills to create it yourself? Join 10-session workshop lead by Saleh Al Shukairi.

What: The Ara Gallery celebrate their 1-year anniversary with Noor Dubai Foundation to host the “Art4Sight” exhibition and charity art auction. Linking art and aid, ART4Sight gives us the thrilling opportunity to host an art event that will help restore vision through the generous donation of artworks sold in a fundraising auction lead by Christie’s auction house. Featuring 25-30 lots, the funds raised in the auction will support Noor Dubai programs globally and directly help those who are unable to access the medical attention they require.

Where: The Ara Gallery, Dubai

What: Emirati pop artist, Khawla Al Marri presents her next solo exhibition, “Fighters”, portraying women as warriors in the Arab world. An exhibition inspired by the artist’s friend – a positive and strong individual, a person who adds color to life even when it may seems grey and dire like a war zone. This new series of over-sized artworks that mirrors that larger-than-life strong personalities of the subjects is based on Arab female warriors who battled bravely in war zones in Arabia. Al Marri has taken these stories of female warriors and turned them into the strong ‘fighters’ we see around us in our modern life.

Where: The Ara Gallery, Dubai.

What: Christie’s annual action MODERN AND CONTEMPORARY ARAB,IRANIAN AND TURKISH ART returns for the 6th year following massive success recorded from 2006. Since then, Christie’s has gone on to sell over US$200 million worth of art in Dubai and firmly established itself as the leading auction house in the region. This year’s auctions will feature well established artists on the region such as Paul Guiragossian, Louay Kayali, Hossien Zenderoudi, Safwan Dahoul, Shurooq Amin, Ferhad Moushiri, Shirin Neshat, Laila Essyadi, Afsoon, Kezban Arca Batibeki, Youssef Nabil and many others!

When: MODERN AND CONTEMPORARY ARAB,IRANIAN AND TURKISH ART I on April 17, 2012

MODERN AND CONTEMPORARY ARAB,IRANIAN AND TURKISH ART II on April 18, 2012

Stay tuned as we will update the list through April.